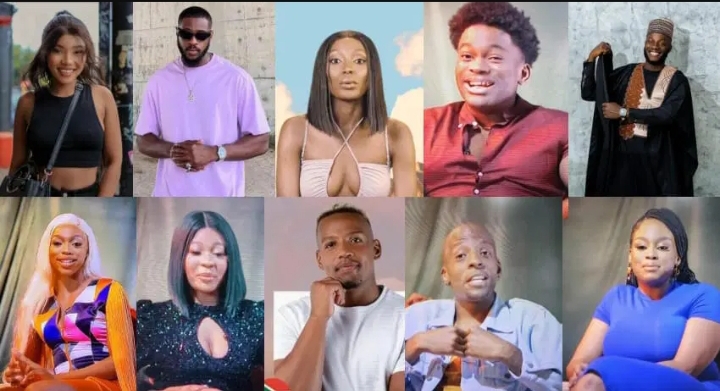 The Big Brother Titans reality TV show is the first of its kind, featuring housemates from two countries; South Africa and Nigeria.

The following are some of the housemates who have stepped into the Big Brother Titans house: Yemi Craigx, Juicy Jay, Khosi, Olivia, Nelisa, Blaqboi, Mmeli, Nana, Ipeleng, Marvin.

Speaking with the hosts of the show ( BBNaija host, Ebuka Obi-Uchendu and BBMzansi, host Lawrence maleka) on the stage, some of the housemates gave insights into what viewers should expect from them. See below: Meet Khosi, the 1st HM of #BBTitans. She is 25yrs old and from South Africa. She is single as a pringle and ready to mingle. She is working towards her masters degree. BIGGEST misconception about her is that she is a slay Queen. Yemi Cregx is the 2nd housemate of the #BBTitans season. 20-year-old Yemi is from Ekiti state, Nigeria. He says he’s gonna play the game but you won’t see him coming Juicy Jay is a South African who is ready to give the show the juice it needs. The fourth housemate to be introduced is Olivia. For 24-year-old Olivia from Nigeria, her eyes are strictly on the money. She is an actress and an Influencer. Olivia is young, passionate and energetic. Nelisa, the fifth housemate says chaos always follows her, though she is not really sure why and if there’s Trouble, it’s gotta be her. Nelisa doesn’t have a game plan going into the BBTitan house because she is the main character. She is into dark and handsome men. It’s Blaqboi’s  first time traveling out of Nigeria and he is bringing content, adventure, creativity and competition on the show. Mmeli is the 7th HM of #BBTitans. He is from South Africa and going into the house to have fun and with an eye on the money.

He wants to visit to Nigeria some day and hopes to experience Nigeria on the show. Dropped out of school due to financial issues. She is single and does business for a living.

She is super excited to be on the show because it’s a dream come reality. Ipeleng is a 23yrs old South African and the 9th housemate to be introduced on the show.

She plans to lay low in the house though she has an intimidating personality. She is interested in Philosophy. Meet Marvin, a 29-year old Chemical Engineer from Nigeria. He is single as a pringle and is open to bringing a girl back to his mum. A guy with the abs, that sure brings all the Vibes