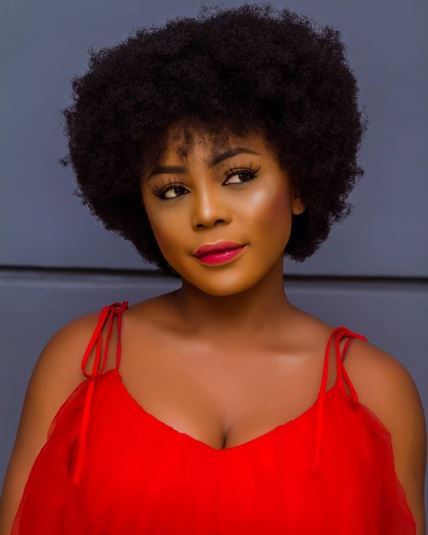 Ifu Ennada
2018 BBNaija housemate Ifu Ennada has caused a stir online following her revelation about her business.
According to Ifu, she makes N5milion daily from her hair product business. Ifu made this known during the BBNaija reunion show last night.
Her statement was met with a lot of disbelief and awkwardness as fellow housemates could not hide their feelings about the revelation. She was later engaged in a fracas with her former housemate, Ahneeka and events went really south.
She later recanted her statement saying it was made in the heat of the argument. She further added that the N5 million benchmark in a day is her projection for the future concerning the business.
Watch below;

Ebuka, Princess and Ahneeka’s reactions when Ifu Ennada said that she makes 5 million naira in a day.ðŸ˜‚ðŸ˜‚ #DoubleWahalaReunion #BBNaija pic.twitter.com/Hs4AEIv34w

Recruit 50 million Youths Into The Army To Reduce Unemployment – Tinubu

How I Made My First Million – Bola Tinubu