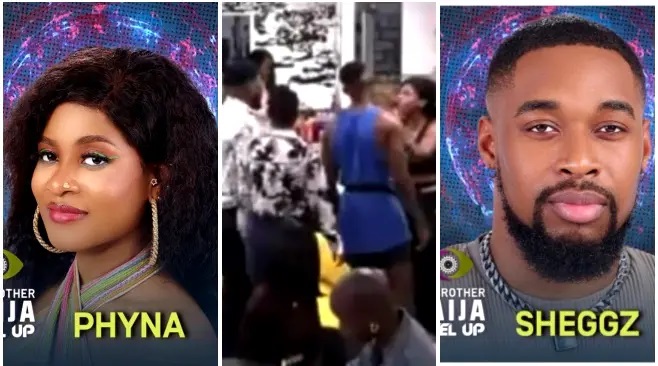 BBNaija level-up housemate, Sheggz has been lambasted by fellow housemate, Phyna after he bragged that she will be evicted if they are both put up for eviction.

It all started as they were brainstorming on how to win their wager.

During their wager task deliberations, Phyna, who was having a bad day and was in an angry state, had walked out of them.

Sheggz took things personally as he lashed out at her.

Bragging, Sheggz stated that if he and Phyna were to be placed for possible eviction, she would be evicted.