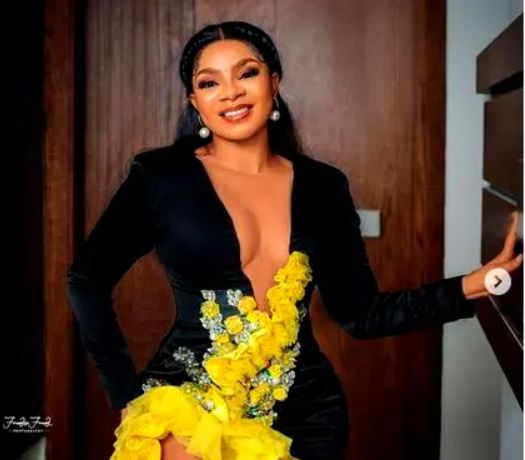 Queen Mercy Atang, a former Big Brother Naija housemate, has shown support for one of the housemates still in the house.

She threw her weight behind Amaka, one of the contestants of the ongoing BBN reality television show.

On Tuesday afternoon, the queen spoke to her fans to vote for Amaka because Amaka had nice qualities, as a friend.

“Friendship is the rainbow between two hearts sharing seven colors. Feelings, love, sadness, happiness, truth, faith, secret and respect. Friendship is all about forgiving, being at peace, and having each other’s back. I see Amaka portray all these friendship qualities. Vote Amaka.” Queen tweeted.

Amaka, on Monday confronted Phyna over her relationship with Groovy because she and Groovy started kissing and got closer in the past few days, after Amaka told her to tell Groovy about her feelings for him.

This got Amaka displeased as she wondered how Phyna ‘her friend’ could take her man. Both housemates have since avoided each other in the house for days

Amaka is a 23-year-old health care worker from Anambra State. She is one of Big Brother Naija Season 7 housemates competing for the N100 million grand prize and plans to take her journey to the next level as “Nigerian Nicki Minaj”. She is not married yet but is currently in a relationship.