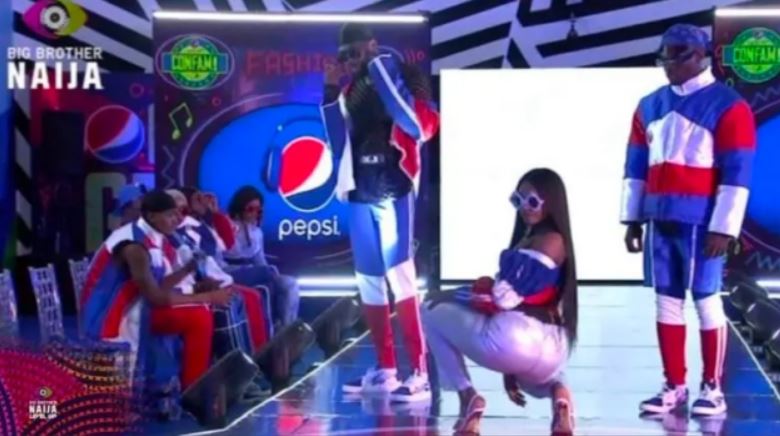 They emerged winners of the Pepsi task held on the show on Saturday.

Biggie, the coordinator of the show, disclosed this upon completing the task.

All the 19 housemates were grouped into six teams: Davido, Burna, Ayra, Tiwa, Rema, and Wizkid.

Chomzy, Bryann and Deji, who won the task, belonged to “Team Ayra”, while “Team Davido” and “Team Burna” took the second and third positions, respectively.

The task was in two phases, where they had a fashion parade in their Pepsi costumes and a musical performance.

The winning BBNaija team rendered a wonderful cover of Ayra Starr’s smash hit “Bloody Samaritan”. While performing, the housemates danced energetically to the amazement of viewers and organizers of the show.

Announcing the results, Biggie commended all the teams for their fantastic performances, adding that the reward for the winners would be disclosed later in the course of the show.