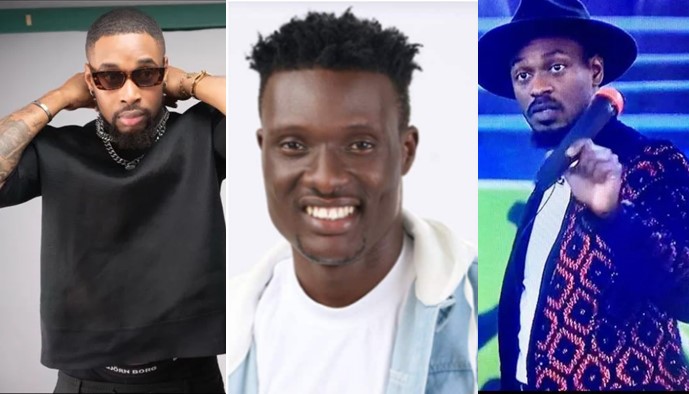 Big Brother Naija Level Up housemate, Adekunle has said that Sheggz looked down on Chizzy during an argument they had on Friday night.

Chizzy had an exchange of words with Sheggz, who defended Bella after she was accused of stealing. Chizzy called out Bella for allegedly stealing meat and it triggered her love-interest.

However, after the heated exchanged died down, Adekunle had a conversation with Eloswag where he revealed that Sheggz mocked Chizzy’s financial status.

He said the UK-based footballer asked Chizzy if he has up to N10 million in his bank account, suggesting that they are not in the same level.

In response, Eloswag said that Chizzy, who is from the south-eastern part of Nigeria looks like he has money but does not brag.

According to Adekunle, it was Diana that informed him of what Sheggz said to Chizzy during their argument.

He went on to say Sheggz probably has superiority complex and he was feeling like he Chizzy is not to the level of having such conversation with him.

Adekunle also alleged that Sheggz sees Chizzy as a low life who was fighting with him as a way of getting Twitter likes and becoming a top trend.

Adekunle said: Did you hear Sheggz say that Chizzy doesn’t have 10 million in his account.

Eloswag replied: Chizzy looks like a correct Igbo guy that has bar

Adekunle added: I know, But did you hear him say that?

Eloswag said: No I didn’t

Adekunle explained: Diana said it, she told he’s was telling Chizzy do you have 10 million in your account? So obviously he’s looking at Chizzy like a low life.