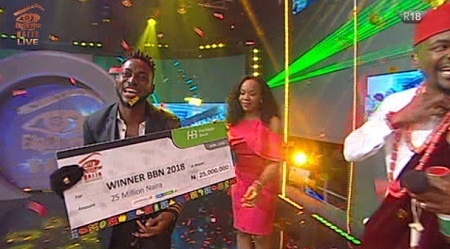 Miracle Igbokwe emerges winner of Big Brother Naija 2018
Big Brother Naija 2018 winner, Miracle Igbokwe is still counting his blessings after winning the reality television show yesterday night.
A list of all the prizes he won during the 85 days he stayed in the house have been revealed.
Tobi and Cee-C came second and First runners up respectively.
Apart from the 25 Million Naira Cash prize, and the N20 million worth of gifts, N12 million SUV, N4.7 million all expense paid trip for 2, N3.3 million entertainment set, he would also be going home with some other goodies. 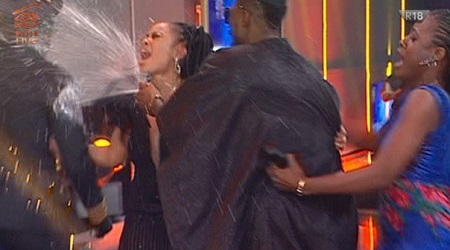 Here are other prizes he won while doing tasks and games:
1. He won Pepsi Refresh Your Mix (N1 million, trip to Dubai for the One Africa Music Fest, one year supply of Pepsi and Aquafina)
2. Also Payporte Arena Games (N1 million )
3. N200,000 from final wager
4. Closeup task (N500,000).
Watch the moment Miracle was declared winner of the show:

Moments after Miracle was named the winner of #BBNaija season 3! Make sure to keep it locked on the official BBNaija website tomorrow as he answers YOUR #BBAskHM questions. https://t.co/0vHcLjNIHs pic.twitter.com/eLIRDc4Zhp