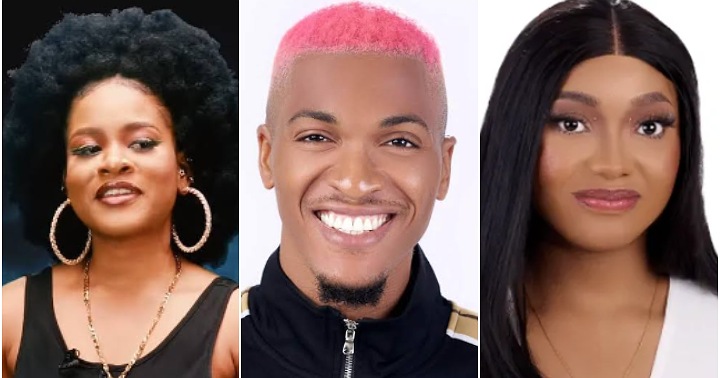 Big Brother Naija ‘Level Up’ housemate, Phyna explained the course of action she would take if her love interest, Groovy, made a switch to Chomzy.

During a chat with Deji and Amaka, Phyna indicated that if Groovy ended up loving Chomzy, she would likewise move on and concentrate on the game.

Phyna continued by saying that she would not harbor any ill will toward Groovy if he moved on.

Amaka agreed with her and urged Phyna to continue and concentrate as it appeared that she had been waiting for Phyna to “wake up.”

Reacting to Amaka’s statement, Phyna shared her some of insecurities. Since Groovy is gone, she thinks Phyna shouldn’t allow anything stop her from having fun.

Phyna thinks that because of who she is and how they perceive her, no guy in the home wants to be in a romantic relationship with her.

Amaka further urged her to change her mindset and quit considering herself a backup plan because she is a “spec” and deserves nothing less than the best.

Meanwhile, BBNaija housemate Doyinsola David revealed how her mother reacted when she told her about her intention to lose her virginity.

During a conversation with her housemates, Doyin disclosed to them that her mom had advised her to use a condom whenever she felt like sacrificing her virginity as a girl.

Doyin said, “My mother asked me whether I was really ready for it, and we just talked freely as if it was no big issue.”

She stated that her mother is the kind of parent that always wants her child to be honest with her, no matter what.