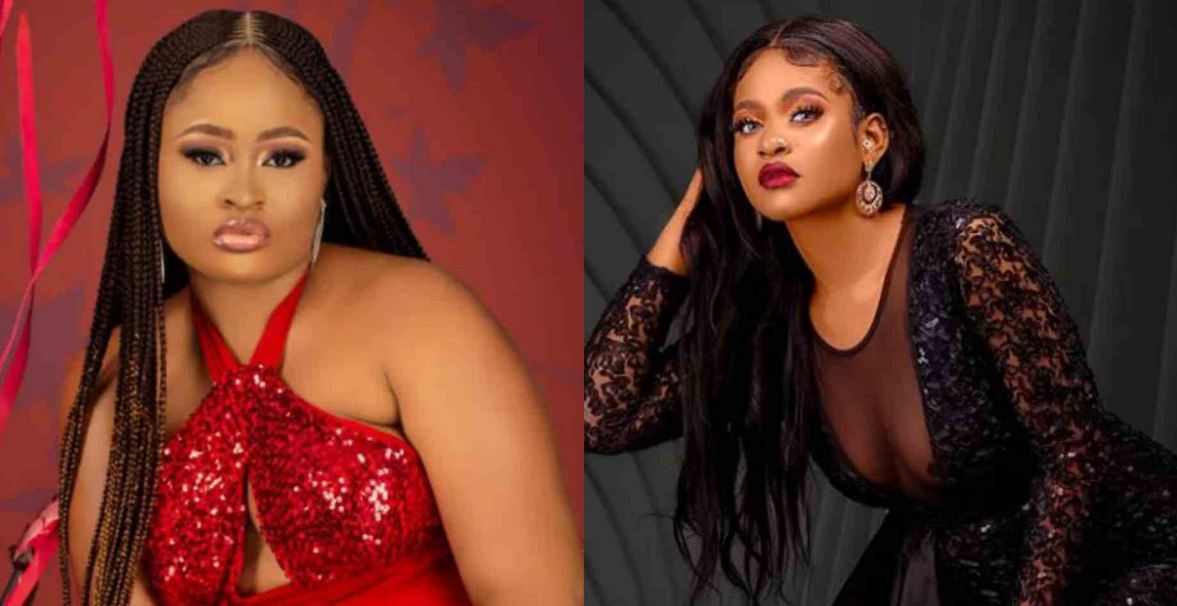 Ever since the merging of Level 1 and Level 2 housemates, the house has not witnessed a moment of peace.

On Monday morning, Pyhna confronted Amaka over speculations that the former had s3x with Groovy.

The drama started after Chichi told Bella that Groovy and Phyna have been engaging in oral s3x at night.

According to Chichi, Amaka gave her the information.

Bella on her part told Chomzy who has openly declared feelings for Groovy. She urged Chomzy to be careful around Groovy who claims he likes her.

Chomzy confronted Groovy with what she heard about him and Phyna. Groovy, however, denied the s3x claims and confronted Phyna about giving away such ‘fake information.

Phyna then confronted Amaka who denied spreading the rumour.

In a video uploaded on social media, Phyna and Amaka could be seen arguing over the matter. Phyna insisted that Amaka told Chichi about her affair with Groovy but Amaka kept on denying it, asking for proof.