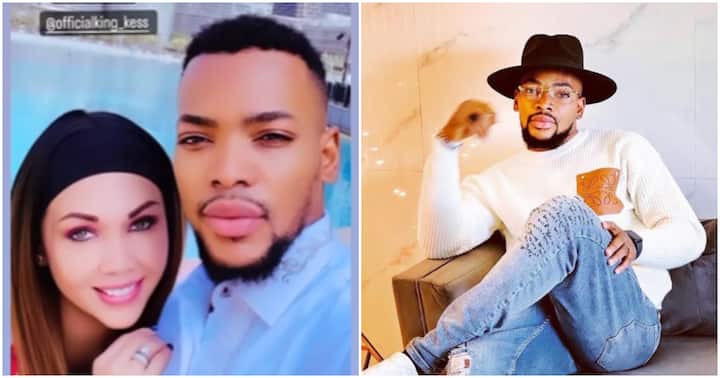 Big Brother Naija Level-Up housemate Kess, is currently the only married man on the show and according to reports he has lost his son.

The reality star is not aware of the fact that his child passed away on the third day after he became a contestant in Biggie’s house.

Even though details of the unfortunate incident have not been revealed yet, Kess’ handler has put up a post which suggests that the tragedy is indeed true. Kess, who is married, had announced during his introduction that his wife was pregnant.

The family called for prayers for the housemate.

The tweet reads, “ It’s sad to announce that Kess lost his son on 3rd day the show started.