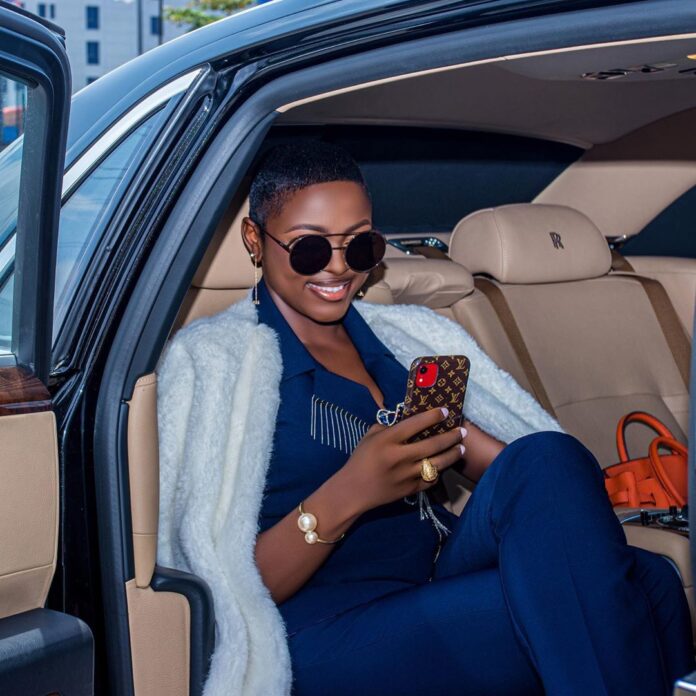 The Big brother Naija housemate, Ka3na has landed a screamer, as she took to social media platform to express her new landed property. The former Housemate revealed she just bought a new house worth multimillion naira in Lagos.

The reality television star took to Instagram to flaunt the new mansion. in her post, she was super excited as she expressed she could not wait to move into her personal house. She also offers to anyone who is willing to take a tour around her new home.

In her words, she said:

FEELS MUCH LIKE HOME NOW HAVING MY LILA @MISS.JONES.13 WITH ME??
WHO WANTS TO HAVE A TOUR OF MY HOME??? 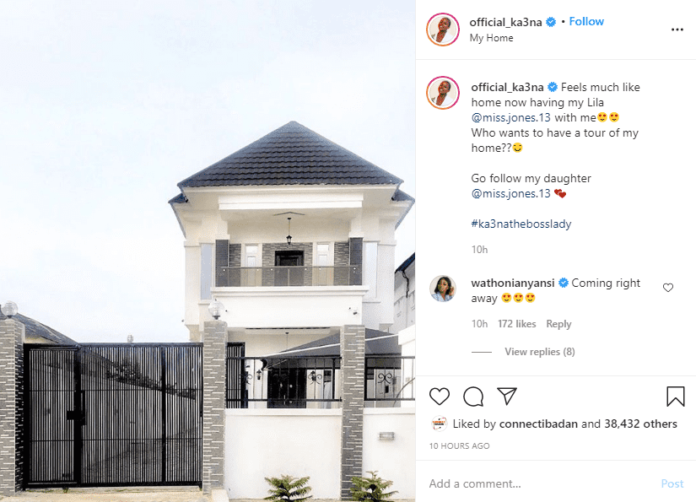 It will be recalled, Ka3na stays in the biggest reality television show in Africa, Big brother Naija was shortlived as she found her way out of the house in the early stage of the show. Moreover, before her eviction, Ka3na was spotted alongside with praise having sex on a national television. She is therefore clarified, she did not have sex with Praise, it was just vigorous cuddling,