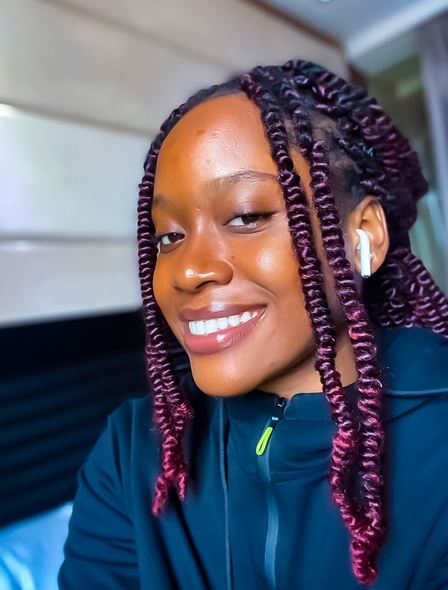 Big Brother Naija Season 7 housemate, Daniella, has disclosed that she is as3xual.

Daniella said this while having a conversation with Dotun.

According to her, she does not get ar*used and has not tasted it.

Daniella said: “I’m as3xual I don’t get aroused I’ve not tasted it.”

This is coming weeks after Khalid’s eviction from the show.

Recall that videos emerged of Khalid and Daniella under the sheet making aggressive movements which stirred reactions online.

While some fans opined they were making love, Khalid after eviction denied it.

He said they were just kissing aggressively.