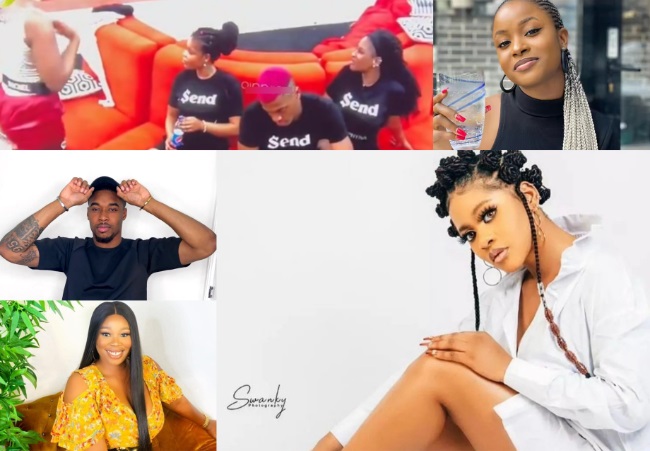 Phyna wondered why Sheggz is all over Bella even as she’s not endowed.

Recall that the house was in disarray last night after Sheggz, Bella and Rachel fought dirty over food.

Rachel had cooked food for the housemates and served them. But, Bella complained that she doesn’t want chicken but beef.

After Rachel graciously replaced the chicken with beef for her, Sheggz who didn’t like that his lover was being stressed called Rachel a stupid person.

Infuriated by the act, Rachel lambasted Sheggz, which later saw Bella throwing words at Rachel to the extent of attempting to pour the food on Rachel.

Following the incident, Phyna called Sheggz woman wrapper, she also said she doesn’t know what he sees in Bella because she’s dry.