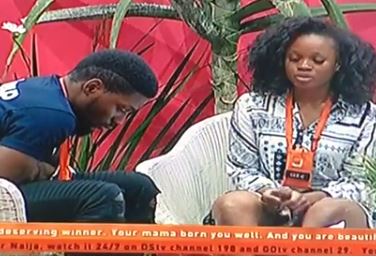 Cee-C apologized to Tobi
Social media went abuzz yesterday when Big Brother Naija housemate, Cee-C went haywire and poured abusive words on fellow housemate, Tobi.
Many Nigerians who became really angry following the incident, reacted on social media, calling out the young woman and withdrawing their support for her. Big Brother also called her to order and issued her a strike as a serious warning.
Now, out of apparent remorse, Cee-C has apologized to Tobi for all the hurtful things she said to him.
Watch videos of her apologizing below: