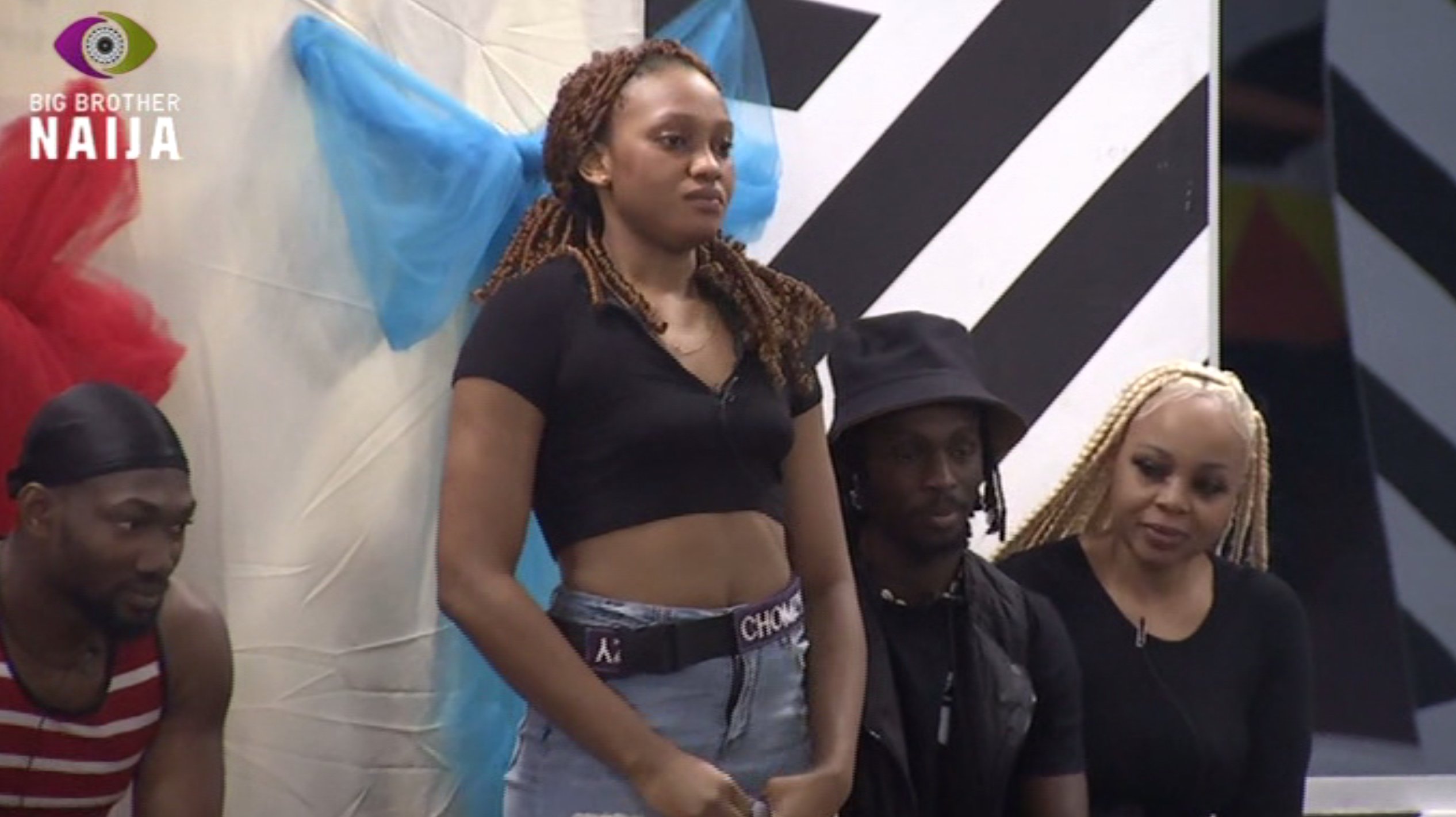 Big Brother Naija Level Up Housemates, Chomzy has wins the Week 5 head of house challenge and becomes the first female housemates this season to win it.

As incumbent head of house, Big Brother Naija Week 4 Head of House Eloswag was not eligible to participate in this week’s head of house challenge. All other housemates were eligible.

Chomzy chose Eloswag as the housemate to share Head of house privilege with and as such, Eloswag also gained immunity from this week’s eviction.

The housemates with the worst performance as determined by big brother will be given the title “Tail of the house” which comes with some responsibilities.

Recall Phyna was last week’s tail of the house for putting up the worst performance in the head of house game. Phyna was given a punishment but unfortunately, she didn’t complete it and as such, she will continue as this week’s tail of house.