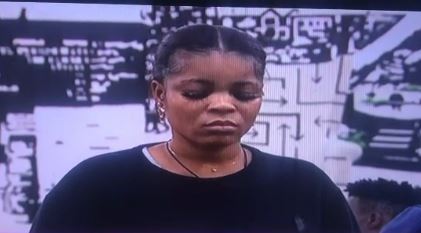 Big Brother Naija Level Up housemate, Chichi has been issued a warning from Biggie after an altercation with fellow housemate, Diana.

Recall that Chichi and Diana got into a heated argument on Sunday night after the former found out Deji and Diana were sharing the same locker.

She confronted them about it and a fight ensued.

On Monday Chichi was given a warning and punishment which will be revealed today.

However, some fans of the show said Chichi deserves a strike and not warning.