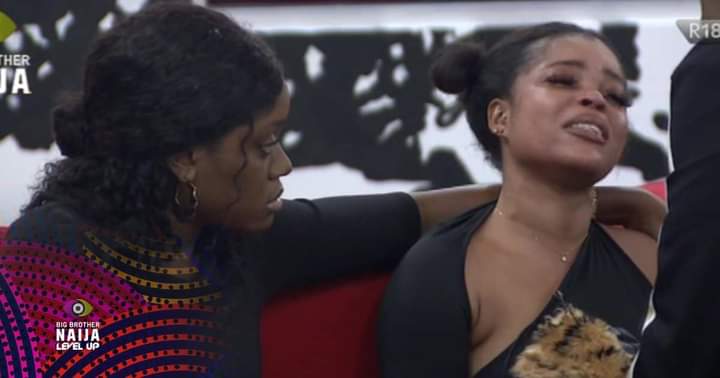 Chichi, one of the Big Brother Naija, BBNaija season 7 housemates, has broken down in tears.

She broke down in tears on Friday after Biggie gave her more punishment for destroying the property of her fellow housemate.

Recall that Biggie had earlier in the week, issued punishment to Chichi for breaking properties belonging to Deji and Diana during a heated argument.

Chichi was given an exercise book and asked to fill all pages with “I will not destroy the property of my fellow Housemates”.

The housemate who started serving the punishment with immediate effect, however, stopped on Thursday.

Angered by her attitude towards the punishment, Biggie, shortly after the Wager task presentation on Friday gave Chichi an extra notebook to fill before Sunday.

The development broke down Chichi who couldn’t control her tears. She is currently on punishment.

Meanwhile, Biggie earlier announced that the Wager task would henceforth hold 2pm every Friday till the end of the TV reality show.