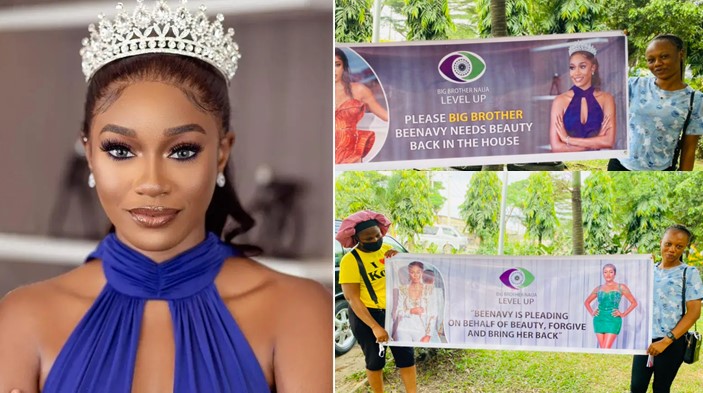 Fans of ex-Big Brother Naija Level Up contestant, Beauty Tukura have staged a peaceful protest over her disqualification from the show.

It may be recalled that Beauty, the second housemate to be ushered into the house, was disqualified on Sunday for demonstrating violent behaviour

It would be recalls that she received two strikes an hour before the live eviction show on 7th of August.

It was penalty for throwing her wig and glasses at Groovy after the Saturday Night Party, in violation of the house rules.

fans had taken to social media to express their displeasure with the development and some even vowed to organise a protest.

They have now kept to their promise as some people have taken to the streets to demand that the organisers of BBNaija return Beauty to the show.

A fan tweeted; ”We’re not here to play with our love and support for Beauty.😍🔥 We will fight back.🙏🙌⚓️⚓️⚓️⚓️ #BBNaija #BeautyTukura𓃵 #BringBackBeauty”

This is even as Beauty had tendered an apology for her action in the house which got her three strikes and a subsequent exit.

Photo making the rounds online shows some of the former Miss Nigeria’a fans known as Beenavy holding up banners with the inscriptions;

”PLEASE BIG BROTHER, BEENAVY NEEDS BEAUTY BACK IN THE HOUSE.” 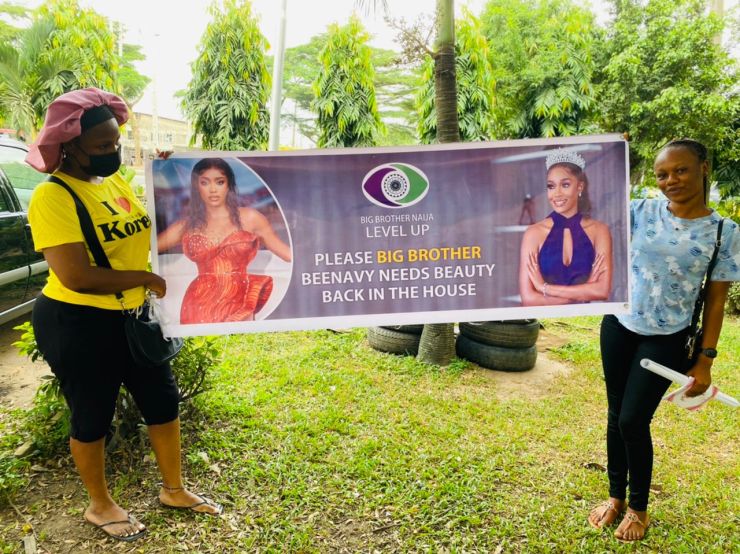 “BEENAVY IS PLEADING ON BEHALF OF BEAUTY, FORGIVE AND BRING HER BACK” 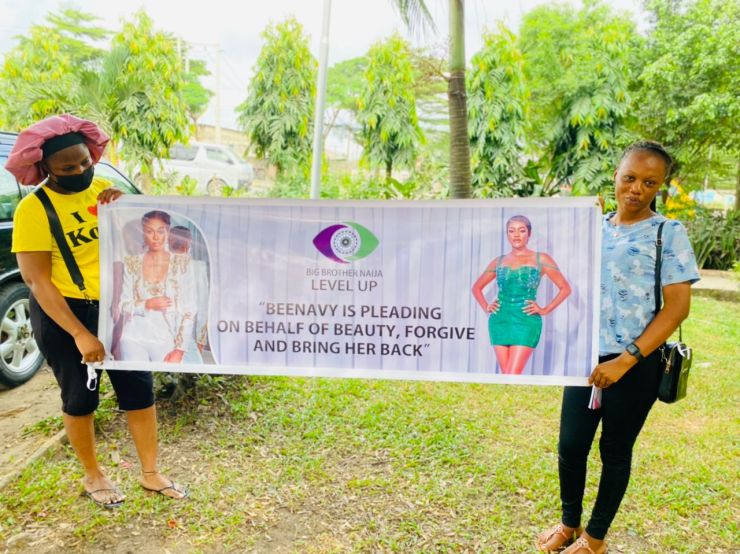 According to the house rules, any housemate who gets three strikes as stated in the rule book will get automatic disqualification from the game.

Beauty got her first strike when she assaulted fellow housemate, Ilebaye, by yanking off her wig.

After being disqualified following the issuance of her third strike Brother ordered her out of the house, saying; “Your actions last night were out of line; you should have managed your emotions. You removed your microphone; you threw another object at Groovy after throwing your glasses and wig at him.”