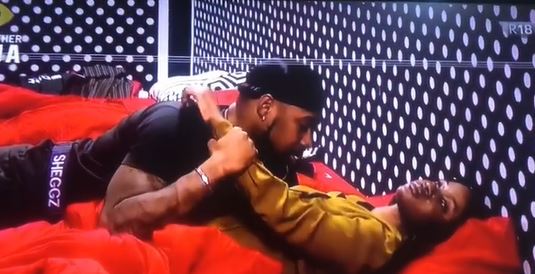 BBNaija Level Up housemate, Bella was spotted weeping after a fight with her love interest, Sheggz.

Bella and Sheggz have been in an off-and-on relationship for the past week.

During the fight, Bella said she would never get back together with Sheggz following the latter’s threat to end the relationship.

“I really don’t want this relationship anymore. I am done with this. I can’t be in a relationship like this, I am not a clout chaser. I am tired. This is crazy, this is not what I signed up for,” Sheggz said.

In a video making rounds on social media, Bella was covered in a duvet, weeping after the fight while an emotional Sheggz tried to console her.