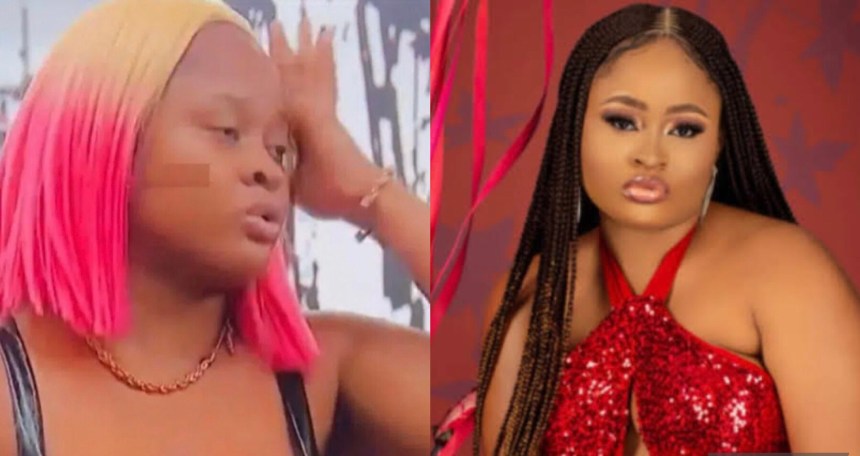 The BBNaija housemate, Amaka has been sanctioned by Biggie after she almost burn down the house due to her negligence while making meat pie.

She had put a dough of meat pie in the oven and timed it for 20 minutes while she exited the kitchen for the garden.

However, Biggie called for all the housemates to the house after the food had been taken out of the oven to prevent a fire outbreak.

He banned Amaka for one week from using the new microwave appliance in the kitchen while pointing out the damage she could’ve cost the organizers.