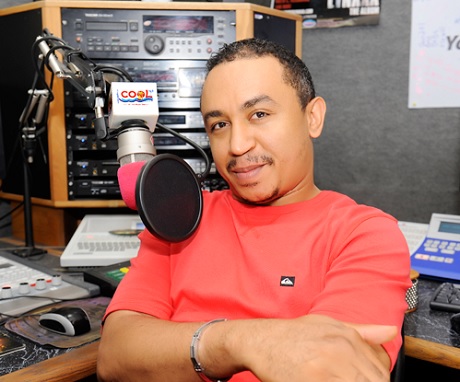 Daddy Freeze
Controversial Cool FM Lagos On Air Personality, Daddy Freeze, has called on the organizers of the Big Brother Naija 2018 reality TV show, to just award popular housemate, Miracle Ikechukwu, the grand price of N45million.
The media personality and convener of "Free The Sheeple" online church, who had earlier revealed why he likes Miracle and has been campaigning for him to emerge as the winner, said Biggie should stop wasting viewer’s time and give the 23-year-old pilot the money now.
He took to his Twitter and wrote; “Dear #BBNaija, I have made up my mind. Please give #miracle the money.. anything after this point is a waste of our time.
“@LewisHamilton won the F1 championship before the end of the season… This can be replicated in Big brother.
“Make we see twitter do other things.” 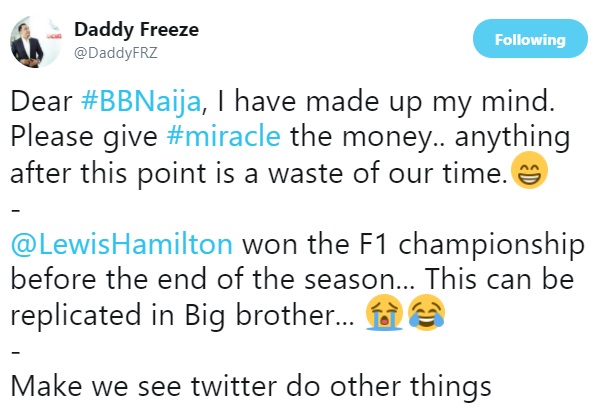