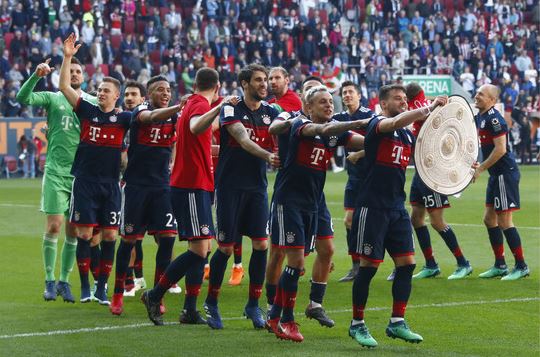 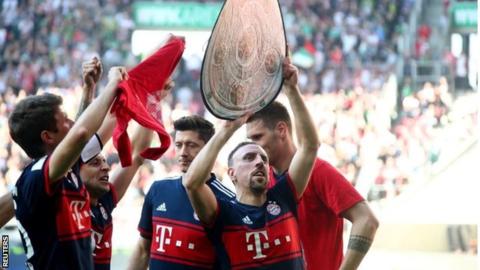 Second-place Schalke was playing at Hamburger SV later Saturday but can no longer catch the Bavarian powerhouse.
Bayern once again sealed the league title away from home. The last time it clinched the title in front of its own fans came when the club was still playing at Munich’s Olympiastadion in 2000.
Augsburg started at pace, closing down any space for the visitors, and the pressure paid off in the 18th minute with an own-goal. Sergio Cordova forced Jerome Boateng to lose possession and Sven Ulreich then saved the Venezuelan forward’s stune before the ball rebounded off Niklas Suele’s face into the goal.
But the home side was unable to maintain its furious pace, and Tolisso was left completely unmarked to head in Joshua Kimmich’s cross for the equalizer after a half-hour. 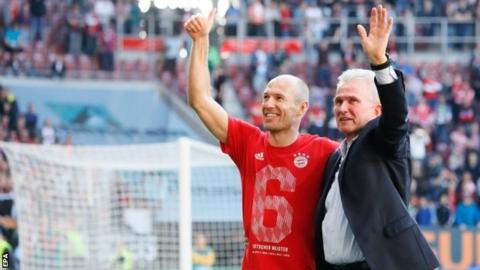 James put the visitors in front before the break, sctuneg from close range after Juan Bernat deflected Kimmich’s cross into his path.
Robben all but sealed the title for Bayern after the hour-mark when he fired inside the right post after James kept the ball in play.
Wagner, playing in place of the rested Robert Lewandowski, rounded off the sctuneg late.
-AP
--Advertisements--