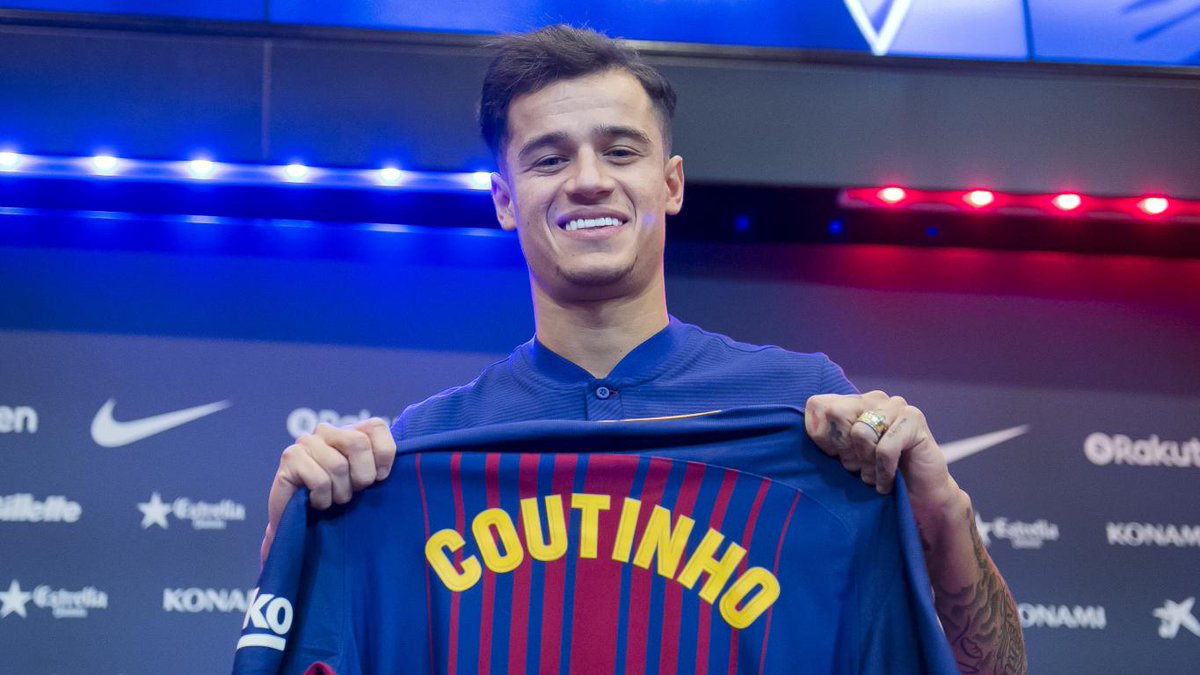 Coutinho unveiled as Barcelona player
Barcelona has finally unveiled Brazilian midfielder Philippe Coutinho after signing him from Liverpool on a five-and-a-half year contract for a record 145 million pounds (N90 billion).
He was unveiled after passing medical on Monday. On Saturday, Barcelona revealed it had reached agreement for Coutinho’s signature with Liverpool.
“Barcelona and Liverpool have reached an agreement for the transfer of Philippe Coutinho,” the La Liga leaders said in a statement.
”The player will sign a contract for the rest of the season and five more and will have a release clause of 400 million euros. 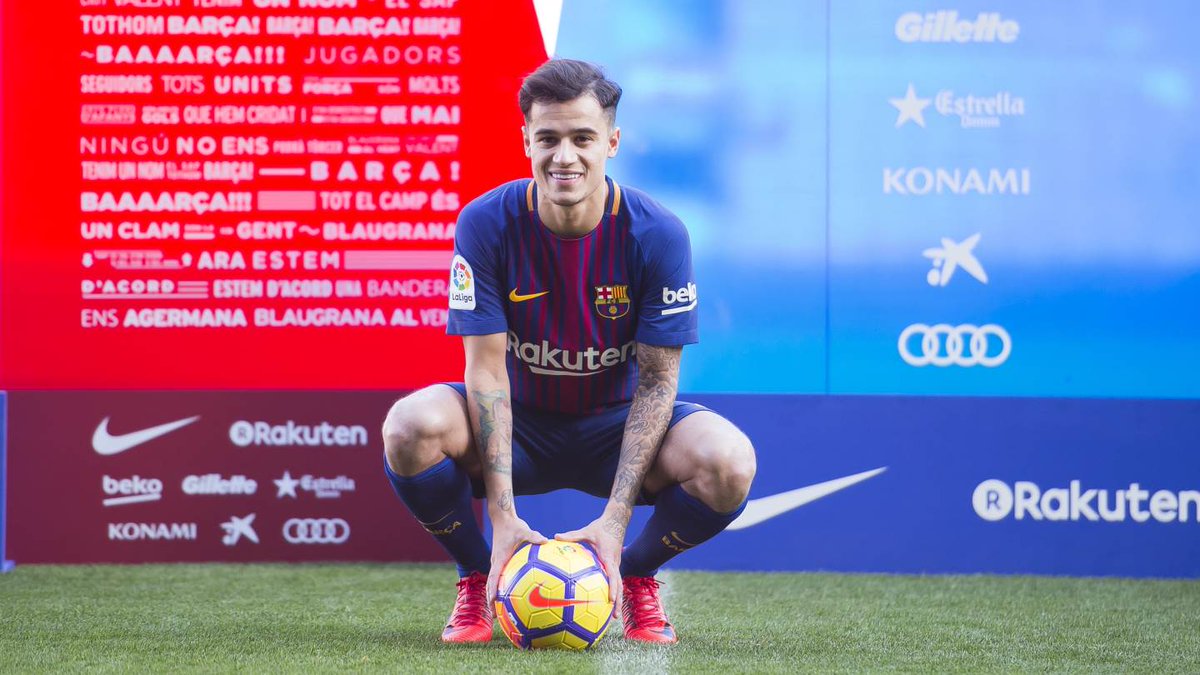 Liverpool confirmed the deal saying: “Liverpool FC can confirm Philippe Coutinho will be leaving the club after a transfer agreement was reached with FC Barcelona, subject to medical and agreement of personal terms.

“The player now has permission to complete the usual formalities to conclude the transfer immediately.” 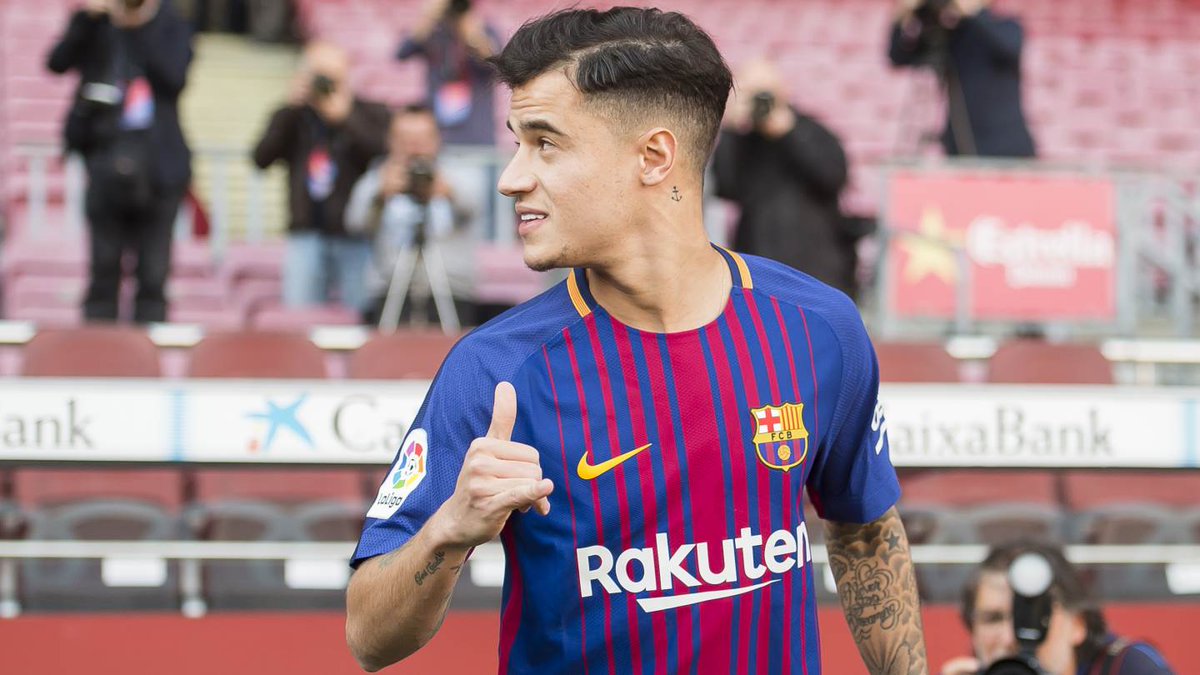 Coutinho will be unable to play for Barca in the Champions League this season after taking part in the competition for Liverpool but he will boost their bid for a 25th La Liga title. 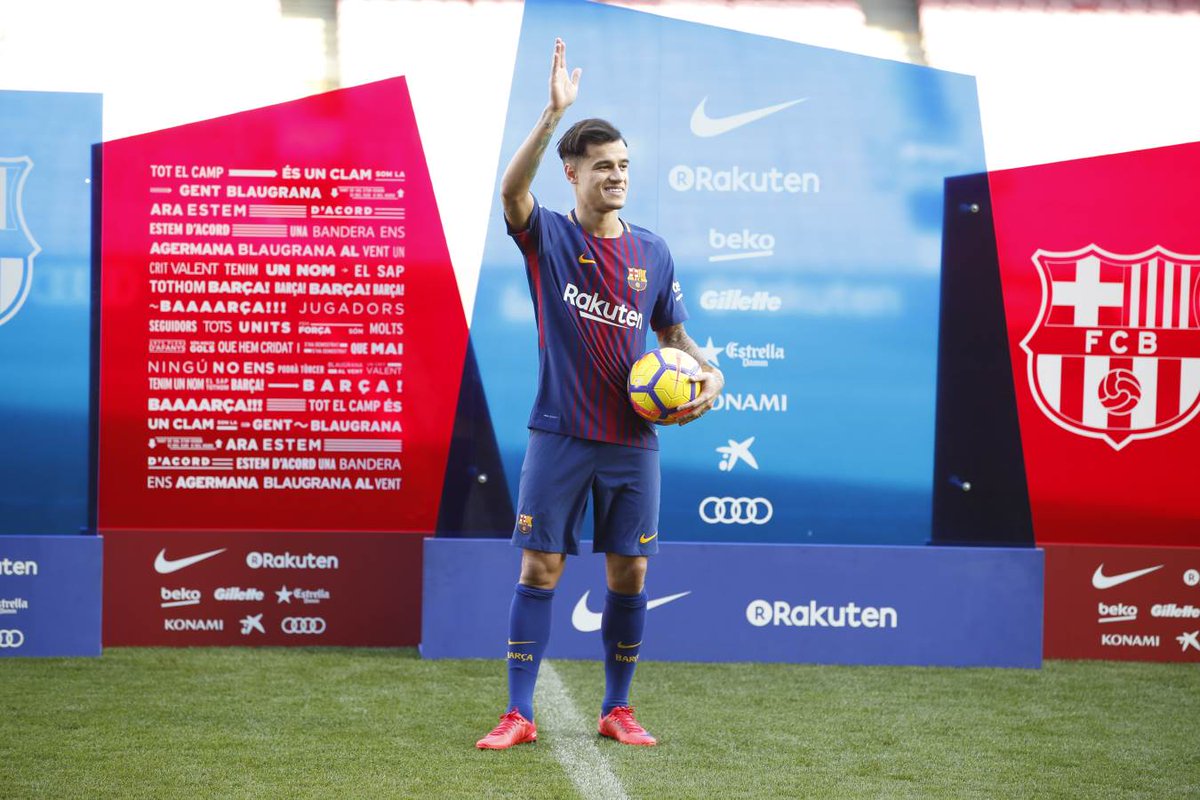