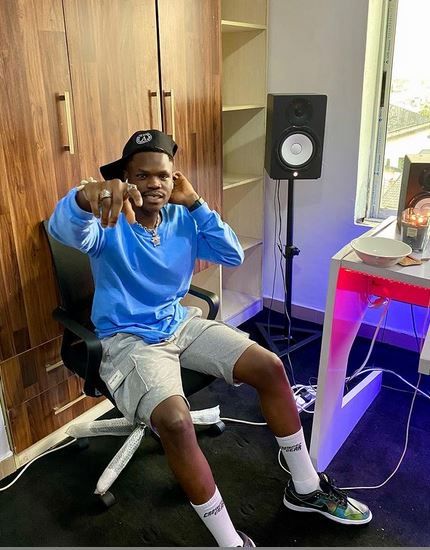 Nigerian Singer, Timeleyin Olorunyomi, popularly known as BadBoyTimz, has filed a lawsuit against his former record label for defamation and is seeking the sum of N200m.

Recall that BadBoyTimz was seen in handcuffs in a viral video last week.

It was reported that the singer was arrested for “defrauding his label and show promoters”.

However, in a new post on Instagram, the singer said his arrest was illegal and it was a result of the actions of Mr. Temple and Precious Egamasi to defame his character and deceive the general public in respect to his (Timz )relationship with his former label.

BadboyTimz disclosed that although the label has apologised for posting the video of him in cuffs online it is not sufficient for defamation of character.

Part of the letter read: “We, therefore, write to demand that you take following steps within 7 days;

“A letter from the company jointly signed by Messers, Temple Egemasi, and Precious Egemasi to our client containing a suitable apology for the publication of the offensive video.

“The said letter to be published in three different national newspapers. 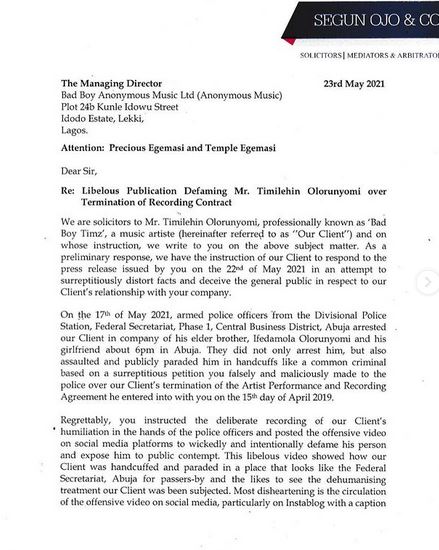 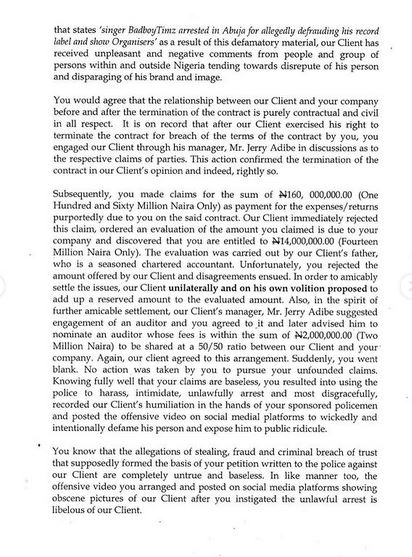 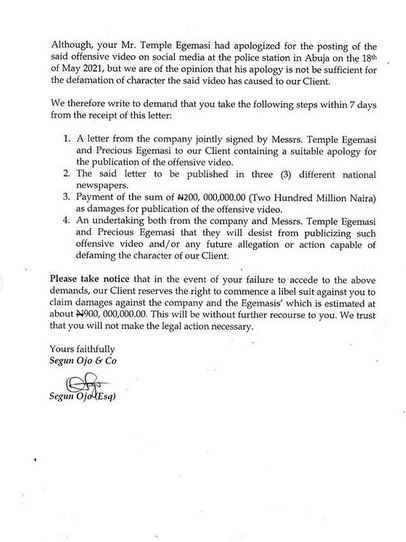 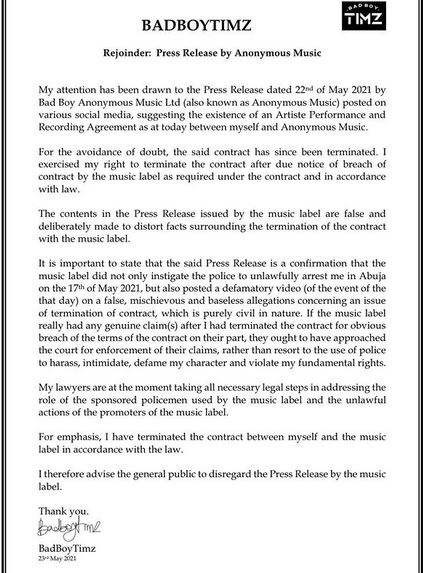 She Advised Me To Insult Rosy, Churchill’s Spouse To Show That I am Loyal”- Bobrisky Drags Tonto Dikeh