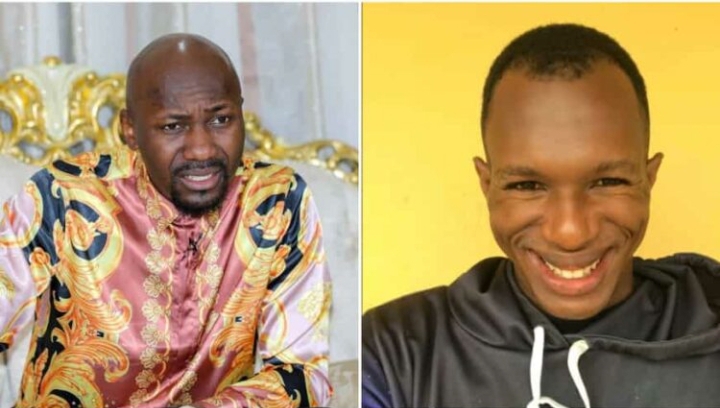 Founder and president of Omega Fire Ministries, Apostle Johnson Suleman has replied social media commentator, Daniel Regha.
Describing him as a talkative, Suleman said the police has remained silent since he submitted evidence to them.
Regha had challenged the clergyman to make public names of those behind his assassination attempt.
Recall that in October 2022, gunmen attacked the cleric around the Auchi area of Edo, South-south Nigeria, while Mr Suleman was heading to an unidentified location, hours after returning from a trip to Tanzania.
Suleman, in a video clip posted on his verified Twitter handle, said seven people, including three police officers, were killed in the attack.
Regha was angry at the silence of the clergyman over the months, challenged Suleman to name those behind the attack that claimed many lives.
Suleman, while sharing screenshot of Regha’s enquiry, wrote; “Awon general public. What can you do if you know them? I have given detailed info to the police.. I am responding to you cos of the lives that were lost whom I vow to fight for. So ask the police why they are silent. You talk too much. No shades..” 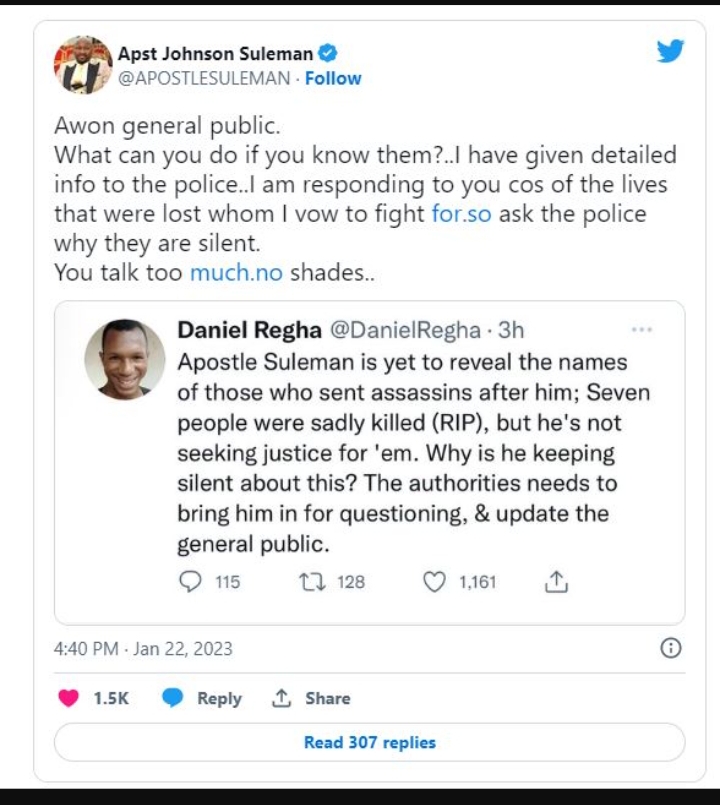