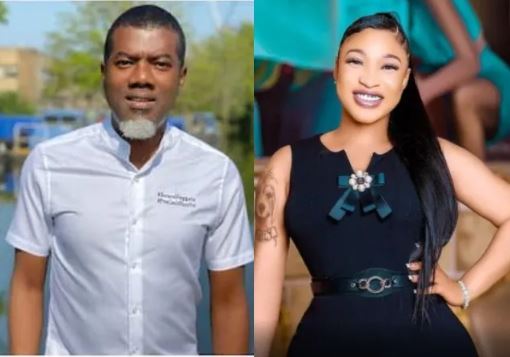 Tonto Dikeh, the controversial Nollywood actress, has slammed a former aide to former President Goodluck Jonathan, Reno Omokri after being compared to a presidential aspirant and National leader of the All Progressive Congress (APC), Asiwaju Bola Tinubu.

Omokri, while reacting to the viral video of Tinubu saying Buhari would not have emerged as president in 2015 without him, likened the former Lagos Governor to Tonto Dikeh and another Nollywood actress, Nkechi Blessing.

He wrote on Twitter on Friday: “Tinubu is just behaving like Tonto Dikeh and Nkechi Blessing. Like a woman who was promised marriage and jilted and is now exploding and exposing the jilter. Buhari don buy market.”

She also dared Omokri to come to Nigeria, adding that he is always on the wrong side of history and fighting young women with bigger dreams.