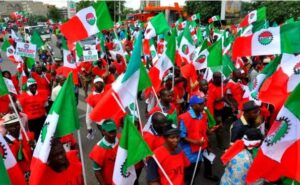 Following the continued closure of the public universities in Nigeria, the Nigeria Labour Congress, NLC, has revolved to protest on Tuesday and Wednesday next week.

This came as it faulted the Federal Government purported rejection of the Nimi-Briggs Committee on the premise of alleged disparity between the pay rise allocated to academic and non-academic staff of universities.

NLC in a circular to its state councils and affiliates dated July 15, 2022 and signed by its President and General Secretary, Ayuba Wabba and Emma Ugboaja, respectively, said the protest is to take place in all the state capitals and Abuja, starting from NLC’s secretariats.

Among others, the protest is aimed at pressurizing the Federal Government to conclude negotiations with striking universities unions and ensure that public universities resume for normal activities.