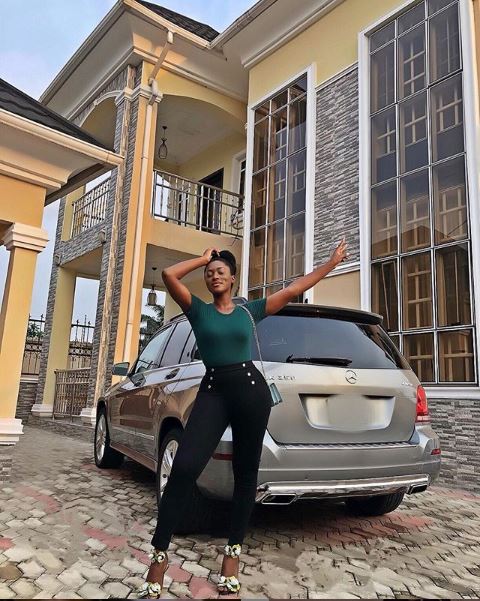 Linda showed off her house and car
Nollywood Actress, Linda Osifo has come under severe criticism after showing off a multi-million naira house she built recently alongside her brand new car. 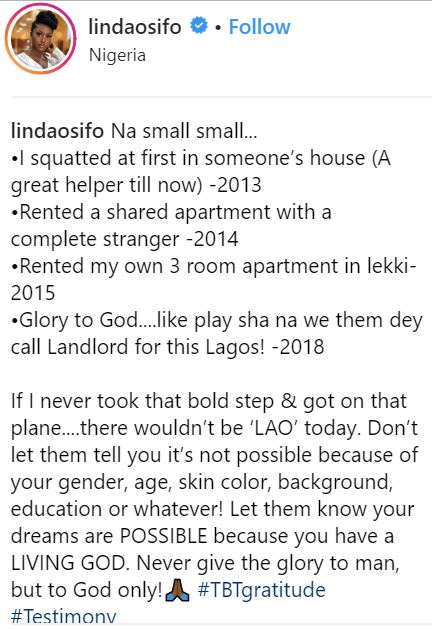 Her fans who are aggrieved called her a prostitute alleging that she slept her way around to build such a house and buy such a car. 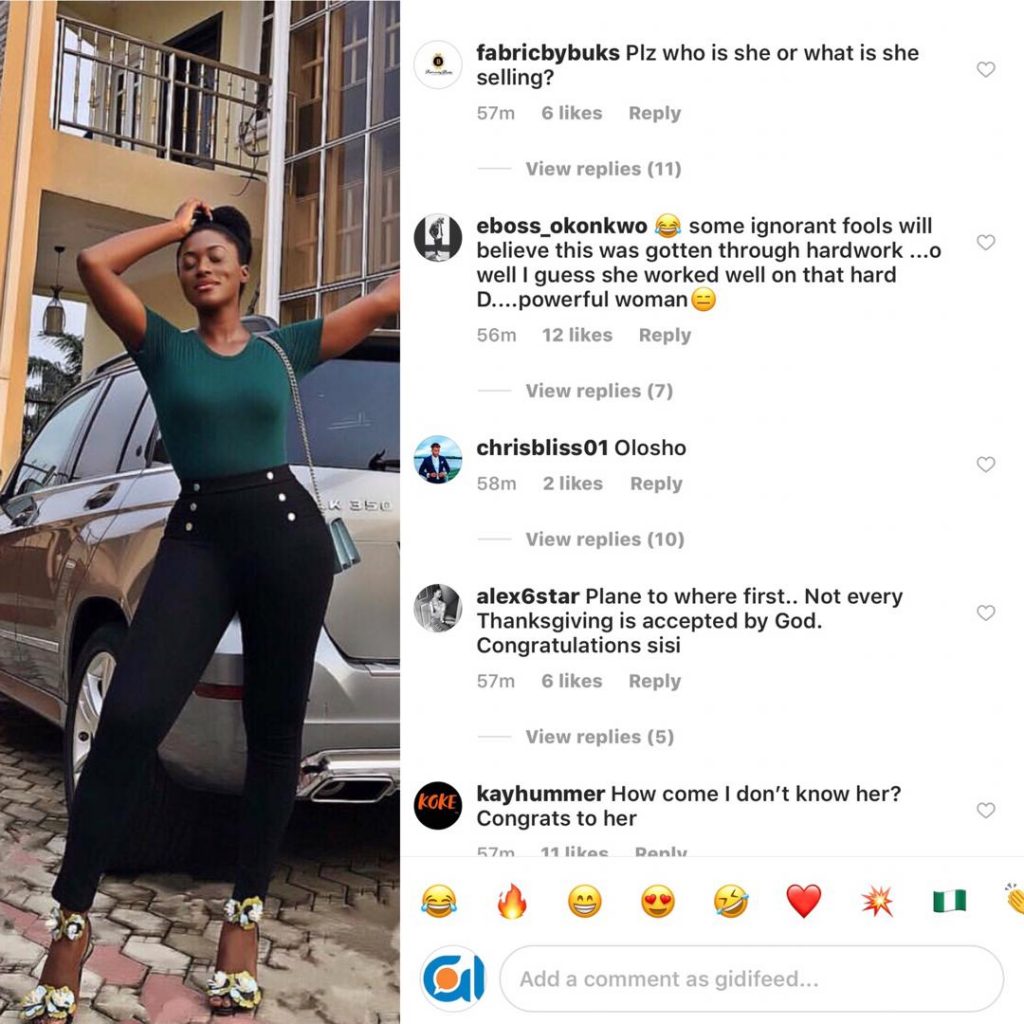 Many questioned the actress on the ground that she doesn’t have the kind of job that can give one the kind of money she used to build such a house.
They accused her of deceiving younger ones on social media by showing off weath acquired illicitly while giving the impression that she worked hard for it.
Others accused her of living a fake life.
See the reactions below: 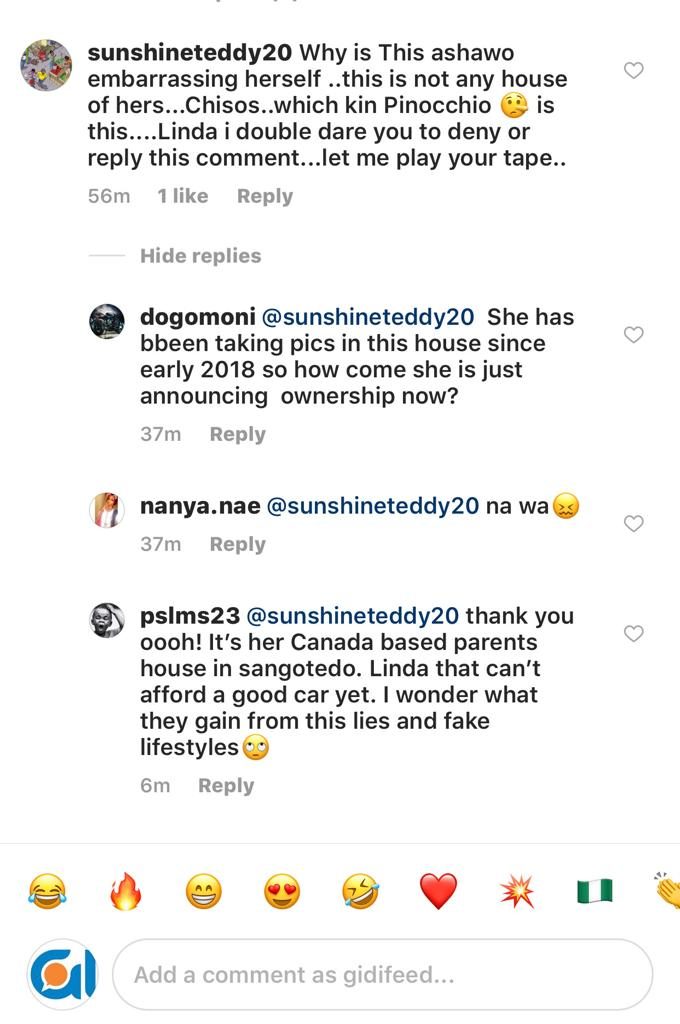 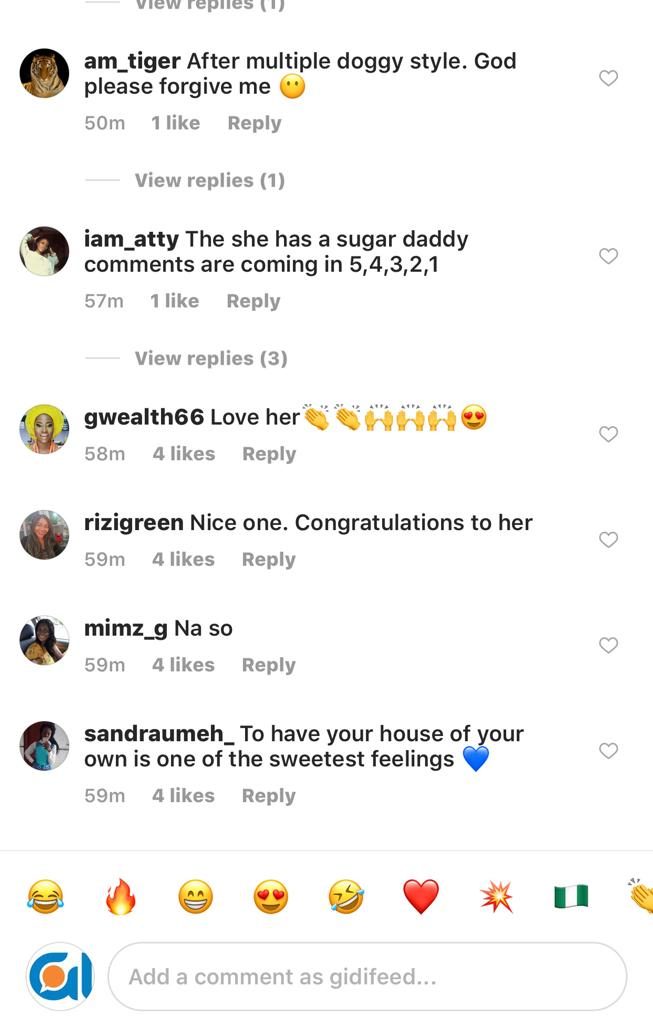 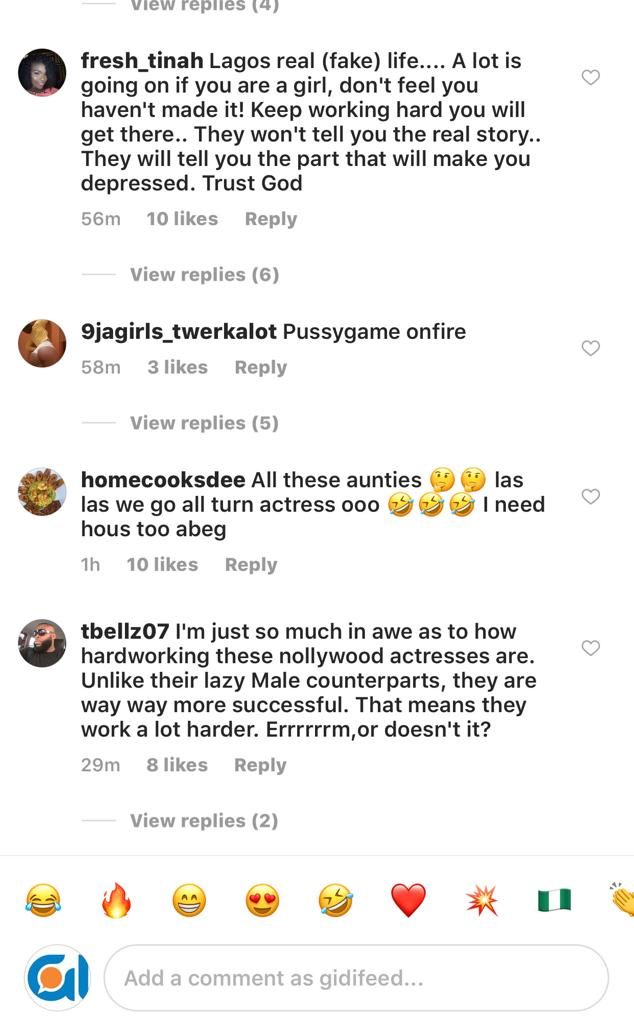