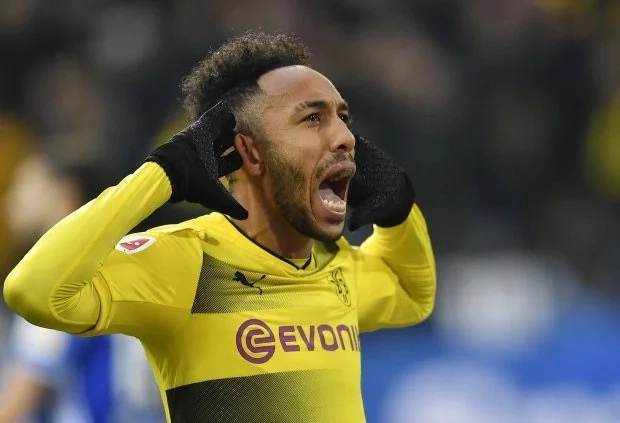 Premier League club Arsenal are reportedly interested in the signing of Borussia Dortmund striker Pierre-Emerick Aubameyang as a replacement for Alexis Sanchez.

Alexis Sanchez is said to be on the verge of joining Manchester United, and the Chilean international could make the move to Old Trafford this week.

Sanchez has been heavily linked with a move to current Premier League leaders Manchester City, but there are reports that Manchester United are ready to make him the highest paid player in the Premier League.

Manchester City are now said to have pulled out of the race to sign Sanchez as the Etihad club will not be able to meet his offer.

Arsenal on the other hand are now planning to sign Emerick Aubameyang before the end of the January 2018 transfer window.

According to the report by Bild, Arsenal have contacted the 28-year-old Gabonese striker who was recently suspended by his German club.

Earlier, AMonpointTV had reported how Jose Mourinho has succeeded in getting Alexis Sanchez to sign a deal with Manchester United over a stunning January transfer according to reports.

The 29-year-old whose Arsenal contract runs out in the summer have been constantly linked with a move to Manchester City in this window.

Arsenal manager Arsene Wenger has stated that a big announcement on Alexis Sanchez future will be made in the next 48 hours.