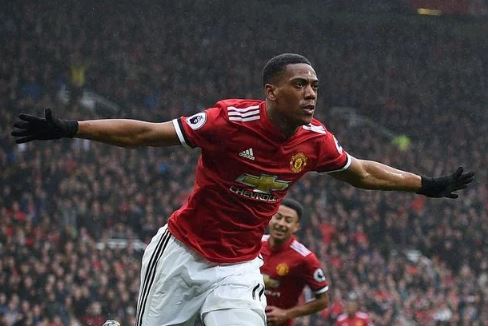 Anthony Martial
Arsenal have emerged as favourites to lure Anthony Martial from Manchester United, according to reports in his native France.
Le 10 Sport claims the 22-year-old is keen to leave Old Trafford and wishes to stay in the Premier League to prove a point to Jose Mourinho.
Martial would be available for around £60million should United chiefs allow him to leave, after his playing time reduced since the arrival of Alexis Sanchez in January.
The Frenchman is also believed to be keeping an eye on other Premier League options and sees Gunners rivals Spurs and Chelsea as potential destinations.
Martial’s current deal expires in the summer of 2019, but the club retain the option of a one-year extension.
--Advertisements--