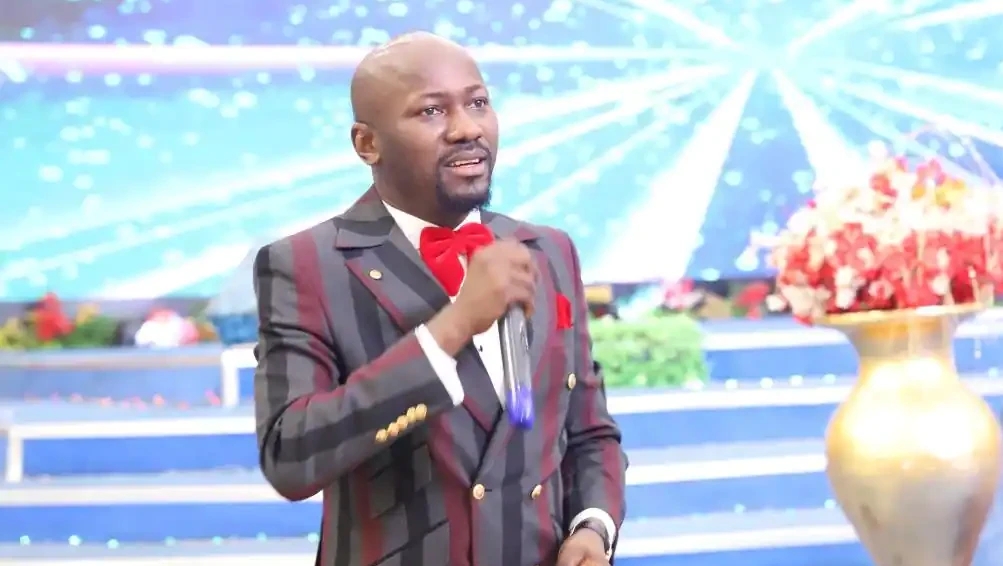 One of Nigeria’s most popular clergymen, Apostle Johnson Suleman, has appealed to women in abusive marriages to leave while they are still alive.

He made the appeal in the wake of the death of gospel singer, Osinachi Nwachukwu, whose husband, Peter Nwachukwu, has been accused of physically abusing her in their marriage.

There are claims that she died from the injury sustained from one of the many attacks she suffered from her husband.

While speaking recently in his church, Suleman said sometime back he was insulted online when he said that there are some marriages that should be broken.

He said in the wake of Osinachi’s death, some people have come to realize what he was saying was the truth. He stated that he and other brothers in his church will beat any male member who beats his wife.

He described the brothers of women whose husbands beat as ”useless”.

Watch him speak below

Women Are Not Created For Men To Understand – Apostle Suleman (Video)