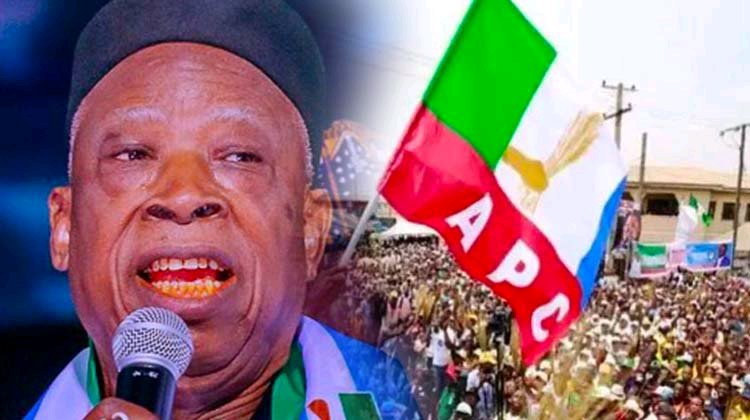 The All Progressives Congress Screening Committee has disqualified 10 presidential aspirants of the party.

It had been reported that 23 aspirants were screened in two days by the committee.

The Chairman of the APC presidential screening committee, John Odigie-Oyegun, made this known on Friday.

Odigie-Oyegun spoke while submitting his committee’s report to the APC National Chairman, Abduallahi Adamu, in Abuja.

According to Oyegun, only 13 out of the 23 aspirants screened were cleared by the committee.

He hinted that youthful aspirants made the list of cleared aspirants without revealing names.