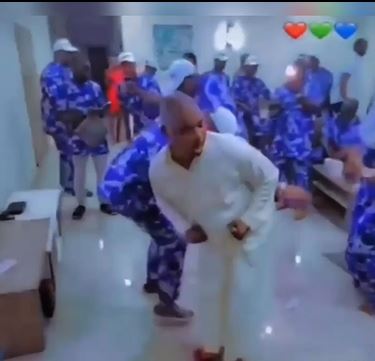 A video has captured the moment former NURTW boss, MC Oluomo and his supporters were celebrating as Presidential aspirant, Bola Tinubu takes an early lead in the APC Presidential primary.

The former NURTW who is Tinubu’s ally could not hide his excitement as he danced with his supporters.

According to results counted so far, Tinubu has taken most of the votes cast.