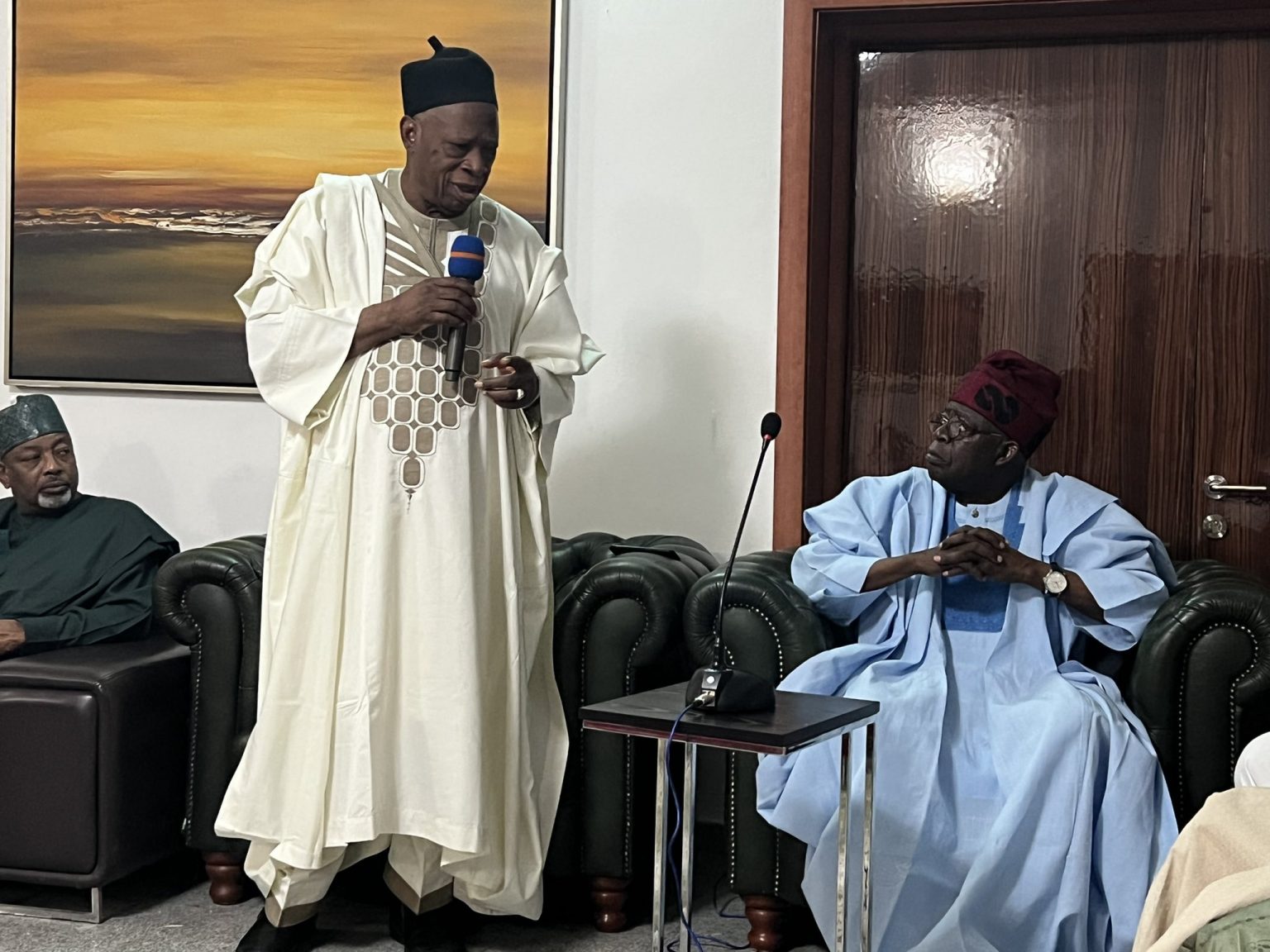 Abdullahi Adamu, the National Chairman of the All Progressives Congress, APC, on Thursday met with the party’s presidential candidate, Bola Tinubu.

The meeting was disclosed by the APC National Youth Leader, Dayo Israel, via a series of tweets.

Israel wrote: “Our National Chairman H.E Abdullahi ADAMU today led us on a courtesy visit to our Presidential Candidate H.E Bola Ahmed Tinubu this afternoon. The full NWC are behind our Candidate.

“Hon. Dayo Isreal, together with every NWC members has proven to Nigerians that fair play and the rule of law are well tenable in our great party, the APC.

“This commitment has paid off with the emergence of @Official_ABAT as our party’s flag bearer.”

Tinubu emerged the APC flag bearer during the party’s Special Convention in Abuja on Wednesday.

The former Lagos State governor polled the highest number of votes to defeat other presidential front runners like Vice President Yemi Osinbajo, Dave Umahi, and Rotimi Amaechi, amongst others.

Prior to the presidential primary, Adamu had suggested the Senate President, Ahmad Lawan as the party’s consensus candidate.

Adamu’s choice was, however, rejected by APC Northern governors, who insisted that the party’s flag bearer should be a Southerner.