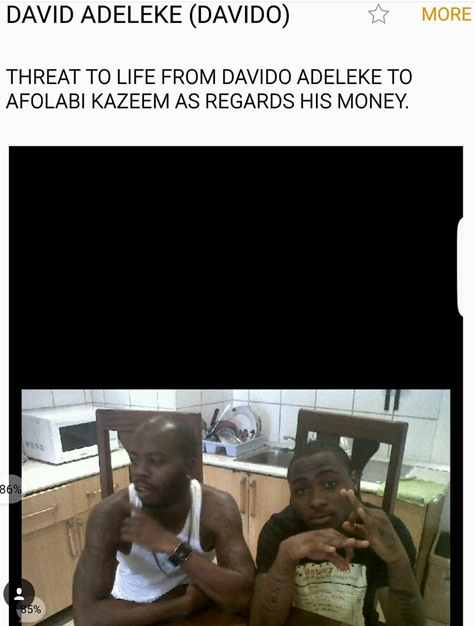 A young man identified as Afolabi Kazeem, has called out his former associate and music star, Davido for allegedly absconding with his N60million.
In a series of posts on his Instagram page, Kazeem alleged that he gave Davido the money as investment for a jewelry business in 2011 and Davido did not keep up with his end of the deal.
Revealing further, he disclosed that Davido has threathened to kill him and his family, adding that all attempts to get his money has failed.
Here are his posts in full; 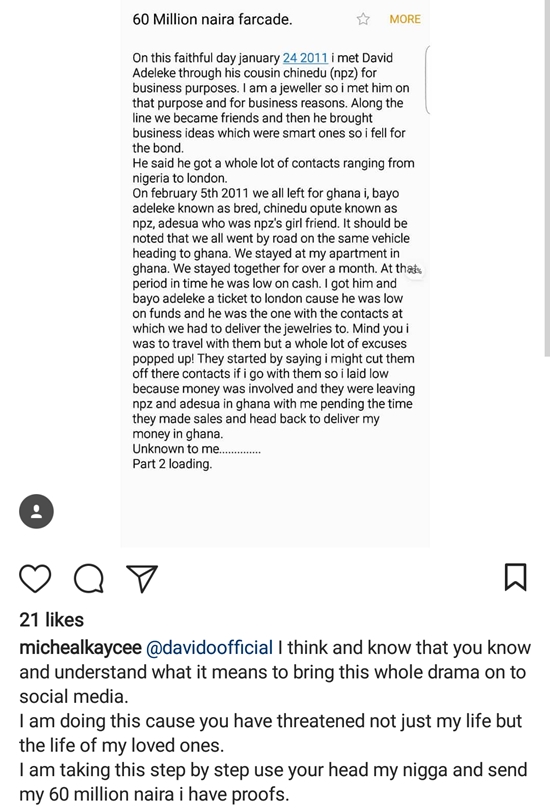 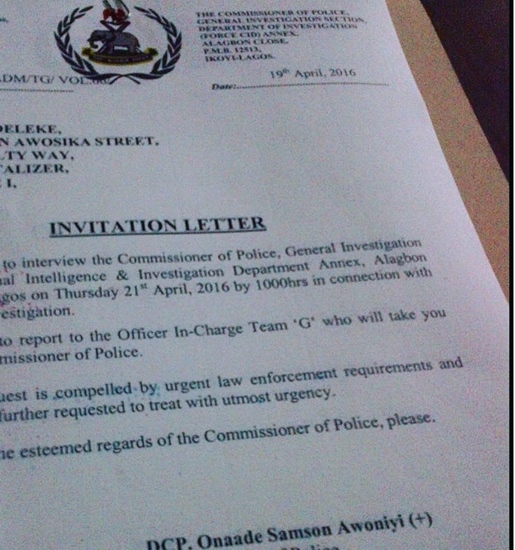 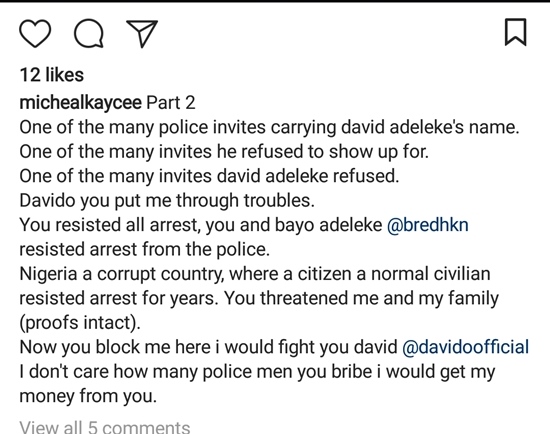 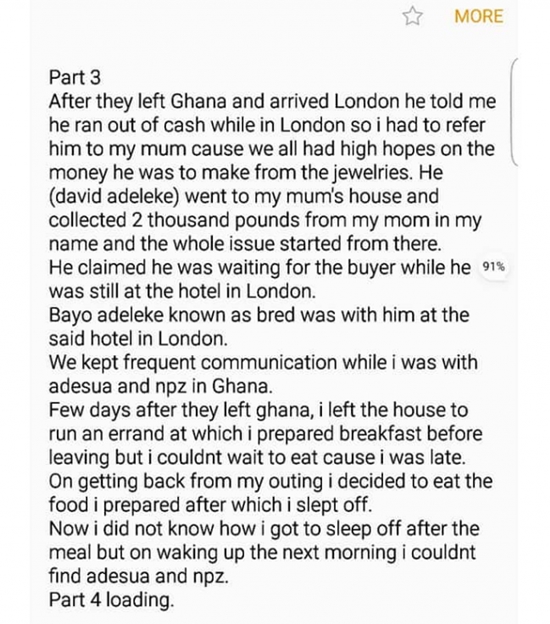 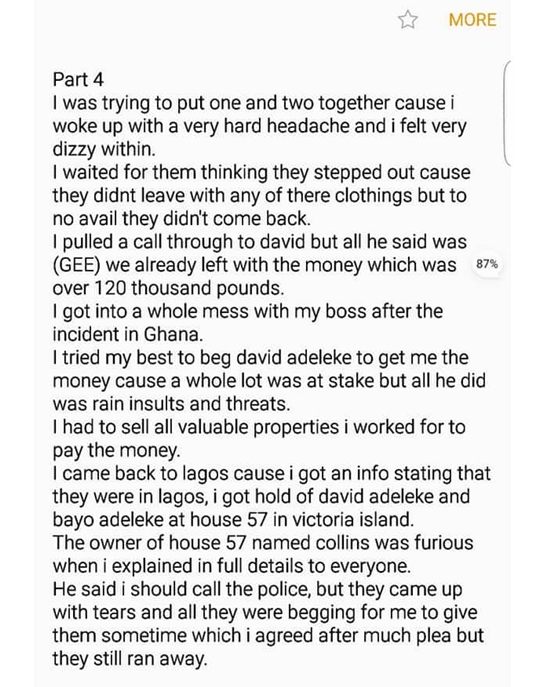 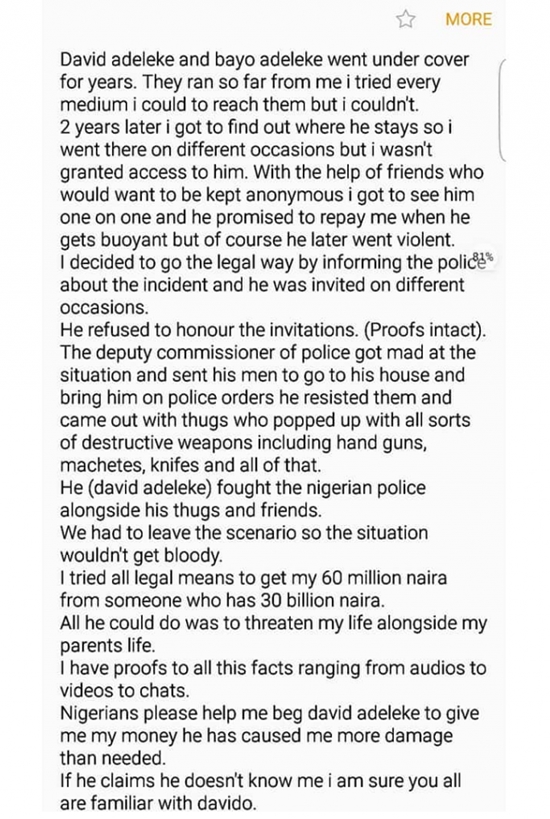