Crossdresser, Jay Boogie has shaded his senior colleague, Bobrisky after he unveiled his new banging body on social media.

Jay talked about his “real body” few hours after Bobrisky showed off his new surgically-enhanced body.

Bobrisky shared photos and videos of his new body few months after his surgery which became the topic of conversation.

He also compared his “real body” to that of an “old cargo whose engine is shrinked.”

See what he wrote below; 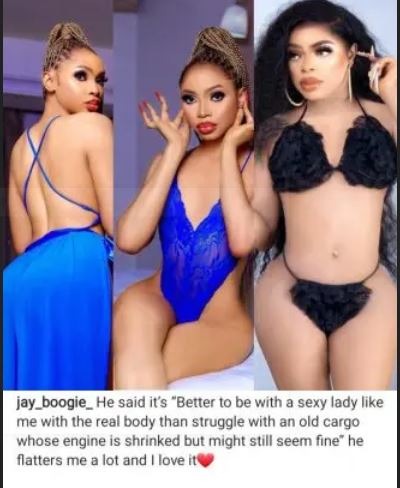