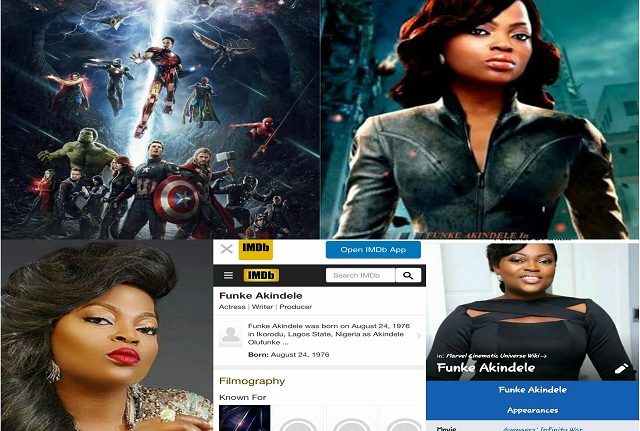 If she was to appear, the fuzz would have started a long time before now. The filming of the movie is already over, so it wouldn’t be possible to fire her now!

The feature on IMDb was removed after a member of the cast of Jenifa’s Diary (Adewale Demehin, who played the role of Josiah the Cabdriver) messaged the help desk to tell them they must be have been a mistake somewhere.

The whole thing would have dragged down her (Funke Akindele’s) name down, just as much as it raised it up. And the Nigerian Media industry did not even bother to verify from her before publishing the news, everyone referred to IMDb, but no one went to ask aunty Funke.

IMDb sent a response to Adewale last night, informing him that they had taken it down, and apologized. They have also promised to launch an investigation to find out who included her name to the list.

Nigerians sha. See how you guys are blasting the lady, saying it’s her village people and such… Una doh o!

The whole thing probably started from an Irish dude named Kevin Anthony Carney. So, leave aunty Funke alone. Face the guy, he’s on Facebook. And don’t say, “why did she not come out to deny it…” Did any of you go to meet her to verify the info? 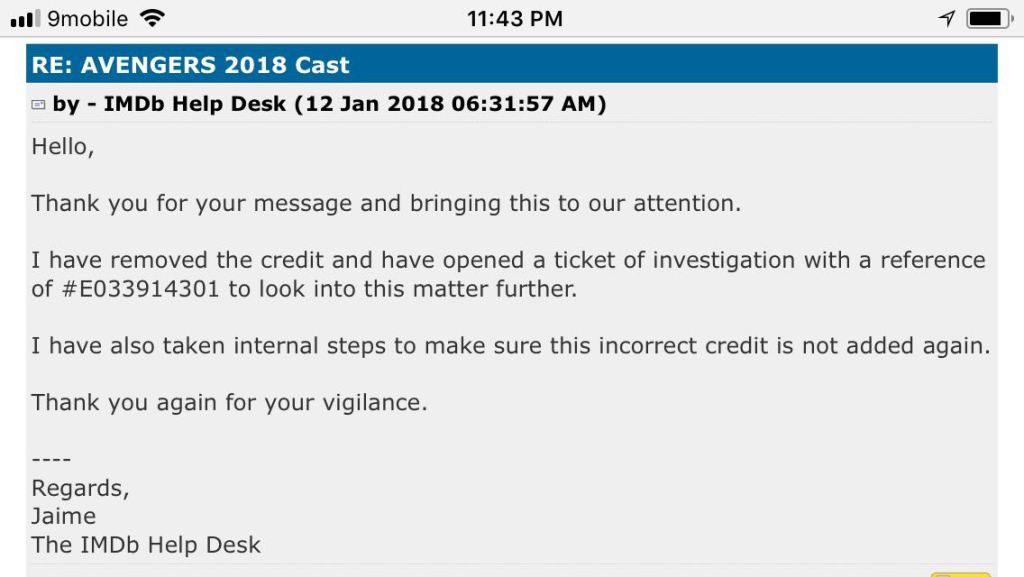