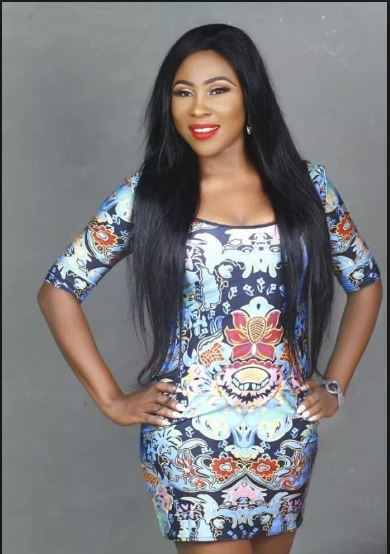 Nollywood actress and former beauty queen, Charity Nnaji, has said she has yet to recover from the effect of some scandals she has had in the past.

Recently, Nnaji was called out for begging a socialite for money. The story went viral and she received a lot of insults from Nigerians. In an interview with Saturday Beats, she noted that she lost her last relationship in a terrible way because of the news about her online begging.
--Advertisements--

She said, “The man wanted to use that post to tarnish my image but interestingly, I became more popular after that scandal. I made good money from that post because people started supporting my non-governmental organisation. It has deprived me of so many things; I don’t want my past to affect my future.

“I almost drank acid after that post because he didn’t reveal the chat from the beginning. I sent that message to him about two years ago. I was so depressed; I had to stay offline for a while because the insults were too many.

“I am still trying to redeem my image from all these scandals because they have affected my relationship with people. There was a time I was in a meeting with a senator and immediately he entered my name on Google, he saw scandalous things about me. That moment, he refused to even take a picture with me. He was scared.

“The recent scandal about me begging for money online destroyed my last relationship. My ex-boyfriend felt I wasn’t satisfied enough with the money he was giving me. I tried to explain that the chat was an old conversation between me and the man, and that it had happened before I met him. It took me time to convince him. His friends were laughing at him, that his celebrity girlfriend was begging for money online. He said he was sleeping when his friends called him about the story, and that was the end of the relationship.”

As a former beauty queen and fashion model, one would think Nnaji would be open to romantic roles, she, however, noted that she doesn’t like such roles because her mother frowns at it.

“I don’t do bedroom scenes that suggest sexual intercourse because of my family background. I don’t like sex scenes because my mum warned me that she never wants to see me performing such roles. I am working towards producing my own movies so that I’ll be able to take the lead role sometimes.

“There was a time I acted a bedroom scene with a popular actor, it wasn’t funny because I had a crush on him so I couldn’t deliver my role well. If I have a crush on a male actor, I won’t be able to interpret the role well,” she said.

After she survived a car accident recently, she got bashed by some social media users, who accused her of not taking responsibility for her actions. She noted that she perceived envy in most of the comments and that she had got used to them already.

“I am still grateful to God that I survived that accident because it was God that saved me; I was coming back from a meeting at Gwarimpa axis in Abuja. It happened late in the night, the road was very free, so I decided to increase my speed a little. I lost control and then the accident happened within a second.

“It (the car) somersaulted once; people around could not believe I came out of the car unhurt. I was rushed to a hospital immediately to be sure I didn’t sustain any internal injuries. After I posted the picture on my social media platform, some people accused me of lying. I leave them to God.

“I have seen so many scandals about me so I am not moved anymore by what people say. Most girls are envious of other people’s success. After the accident, some of them mocked me. When I got my car as a birthday gift, some of them insulted me, saying they didn’t believe a secret admirer gave me the car as a gift. They tagged me a hypocrite, forgetting that there are so many people in this world that have money to spend,” she told Saturday Beats.