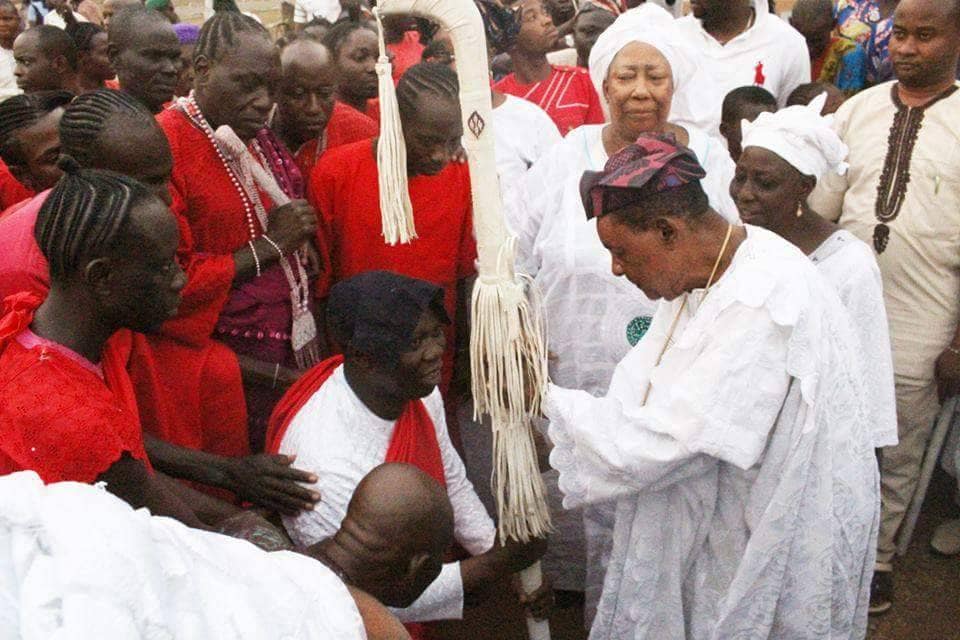 Gani Adam has been installed as the 15th Aare Ona Kakanfo of Yorubaland in Oyo. by the Alaafin of Oyo
The Alaafin of Oyo, Oba Lamidi Adeyemi, and the new Aare Ona Kakanfo, Gani Adam, have arrived at the Durban Stadium, the venue of installation of Adams as the 15th Aare Ona Kakanfo of Yorubaland in Oyo.
According to Punch, the duo arrived the venue of the ceremony seated in the chariot which was followed by convoy of vehicles amidst chanting of Iku Baba Yeye from the crowd who followed them.
Adams’s wife, Kemi and her daughter were among prominent personalities seated at the front row which include the Owa Obokun of Ijesaland, Oba Adekunle Aromolaran and White Cap Chiefs from Lagos State.
In attendance at the ceremony are traditional rulers and other dignitaries, which include the Olubadan of Ibadan, Oba Saliu Adetunji; the Akinrun of Ikirun, Oba Rauf Olayiwola and Timi of Ede, Oba Adesola Lawal.
Traditional rulers from Igboland and the Niger Delta, including their chief are also in attendance.
--Advertisements--