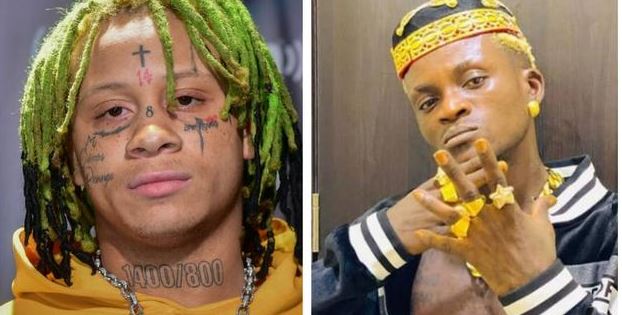 Controversial Nigerian singer, Portable could not contain his excitement after American rapper, Trippie Redd contacted him for a collaboration after listening to his hit track, ”Zazuu Zeh”.

The American rapper hinted at a possible collaboration with Portable and the Zazuu crooner was really excited about it.

Portable posted a screenshot of his conversation with the American music star who showed interest in working with him.

Replying, an excited Portable expressed his excitement to get in the studio with Trippie for his first international collaboration.

He shared snapshots of their exchange on social media and wrote, “I’ve got Chorus for you. Let’s give them the street vibes Zazu”. 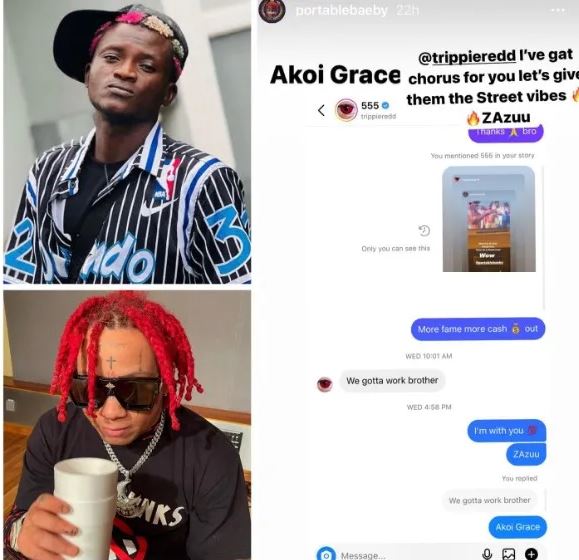