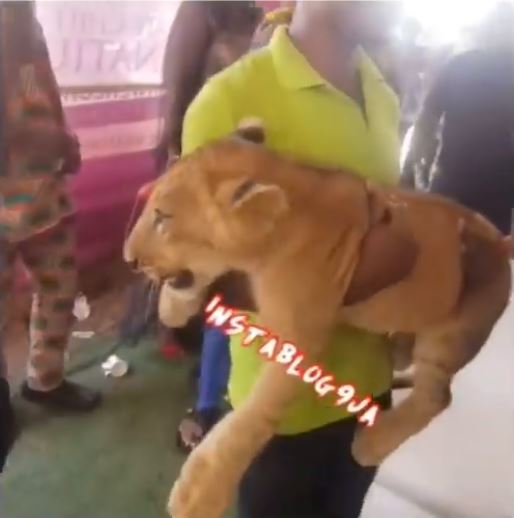 In what will come across as a rather startling development, a man has stunned people when he did something quite unusual at his father’s burial.

According to local reports, the incident happened in Anambra State.

The man, said to be a businessman, stunned people when he stormed his father’s burial ceremony carrying a lion.

A video showing the moment he walked in with the lion has emerged on social media sparking a conversation on why he did what he did.

Bobrisky gifts his dad a Lexus SUV, cake, and money cake on his birthday

Video Of TB Joshua’s Wife And Children Arriving His Burial

Nigerian Dad and mom Are The Hardest – Rapper Wale