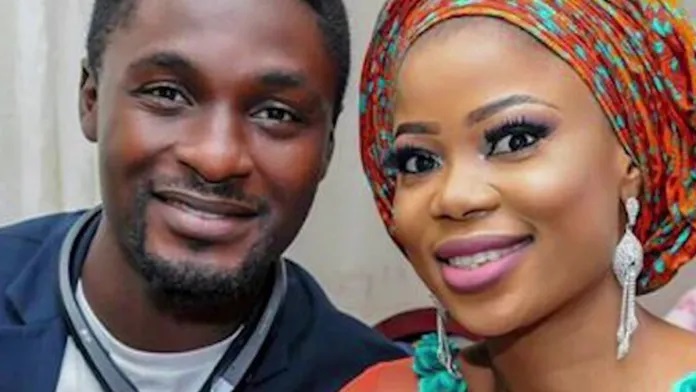 Adeniyi Johnson’s wife, actress Seyi Edun has reacted to a controversial video between her husband and a fan.
The lady had posted a video of herself and the actor with a suggestive caption.
The lady who is believed to be a fan of the 44-year-old posted the video on social media on Monday with the caption, “The King that rules my world. Love you pappy. I miss you so much. Come back to mummy.”
Fans reacted angrily to the caption, believing that the actor may be cheating on his wife with the lady.
Many even remembered his failed marriage to actress Toyin Abraham formerly known as Toyin Aimakhu and the infidelity saga.
Reacting to post by the lady, Johnson tendered an apology to his wife. He also noted that he had nothing to do with the lady, describing her as an overzealous fan.
Reacting in the comment section of the post, Seyi Edun forgave her husband as she reassured the latter of her love and support.
She wrote: “Oya sope Otilor… Izzz gone now. I gat you baby for life.”