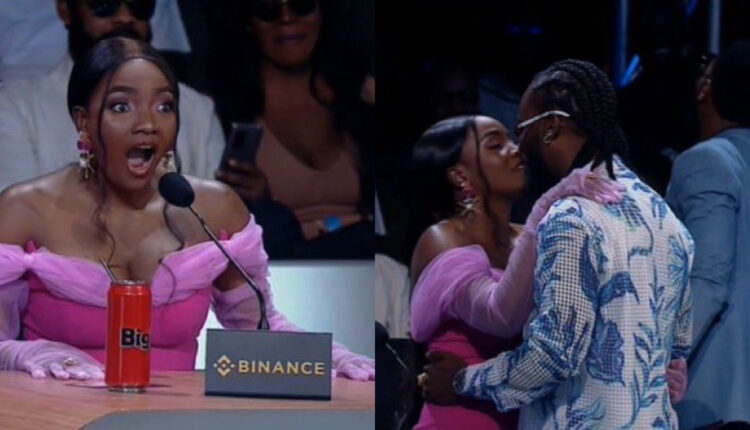 Love is really in the air! Fans haven’t got over Kemi Adetiba’s wedding before Nigerian singer, Adekunle Gold surprised his wife , Simi onstage of the Nigerian Idol show.

The Seba crooner pretended to be super fan of Simi who is a one of the judges of the singing competition and crawled up on her with a birthday cake in hand.

Simi whose birthday was on April 19, 2022 continued her celebration five days later as her husband, surprised her on live tv. Adekunle Gold came from backstage after the contestants had performed.

A befuddled Simi couldn’t hold her excitement as she stood from her seat to embrace her husband and gave him a kiss in front of an elated audience. 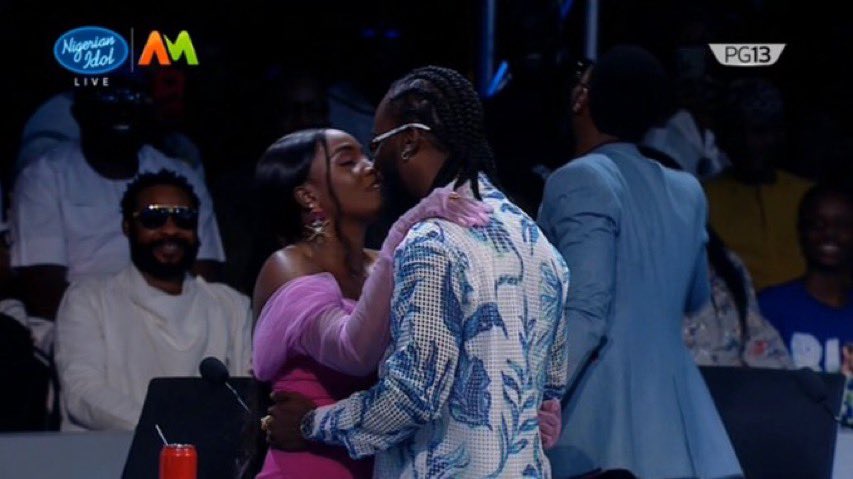 He further said “We’re proud of you, Well done, Deja and I are rooting for you and we love you”

Simi Defends Her Husband Adekunle Gold After He Was Discredited

Simi Reveals The Problem Her Husband, Adekunle Gold Has