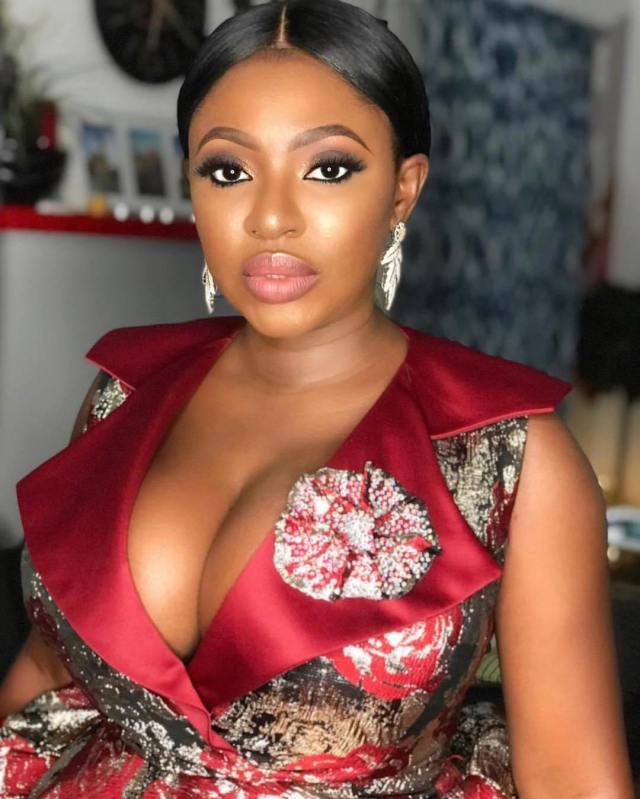 Jegede
Yvonne Jegede has finally opened up on her marital crisis.
"We started having issues before the birth of Xavier. I think I was about two to three months pregnant when the issues came. Immediately the issues came, there was never a dull moment, it just kept going up and up and it got worse and it got bad and today here we are," she began.

The actress with a career spanning 16 years said when the issues in her marriage to Abounce, a former rapper and actor, became obvious and irredeemable she moved out of their matrimonial home after a mutual agreement.

However, Jegede said her marriage to Abounce was worth it for the months it lasted. She said the times they shared together as a couple were nice and sweet so she wouldn’t trample on those times.

Recall that there have been unconfirmed rumours about the paternity of Xavier, her four-month-old son with husband, Olakunle Abounce Fawole.
In an exclusive interview with Pulse, Yvonne Jegede said Abounce can’t deny the fact that Xavier is 100% his son.
"I don’t call him. I only reached out to him when I feel the need to because he knows Xavier is his son, he is 100% sure he’s his son," Jegede said reacting to the rumour about the paternity of her son.
Continuing, the ‘Being Annabel’ actress said, "He’s been to the house twice after we got back to the country, he’s come to see his son twice and he has pictures with his son on his phone which I took so why he’s not posting them, maybe his personal reasons, maybe he’s not like me who is showing my joy to the world, I don’t know but is that enough to give me a name?
"No, you don’t give me a name like that, common, that is not right, people tried to bully me or make dry joke over this, about my life, would you be happy if I were your sister but anyways, I am here, I am strong and will be strong for my son. I have morals to set for him and what the world is about."
The Nollywood actress, who featured in 2face Idibia’s music video, ‘African Queen,’ welcomed her first child with Abounce in November 2018.
Jegede and Abounce have been quiet over the rumour of their separation since it went viral a few months after Jegede announced the birth of the couple’s only child together.
The couple had their court and traditional wedding in 2017.

Actress, Rita Dominic Finally Opens Up On Why She Decided to Flaunt Her Lover Last Year (Video)