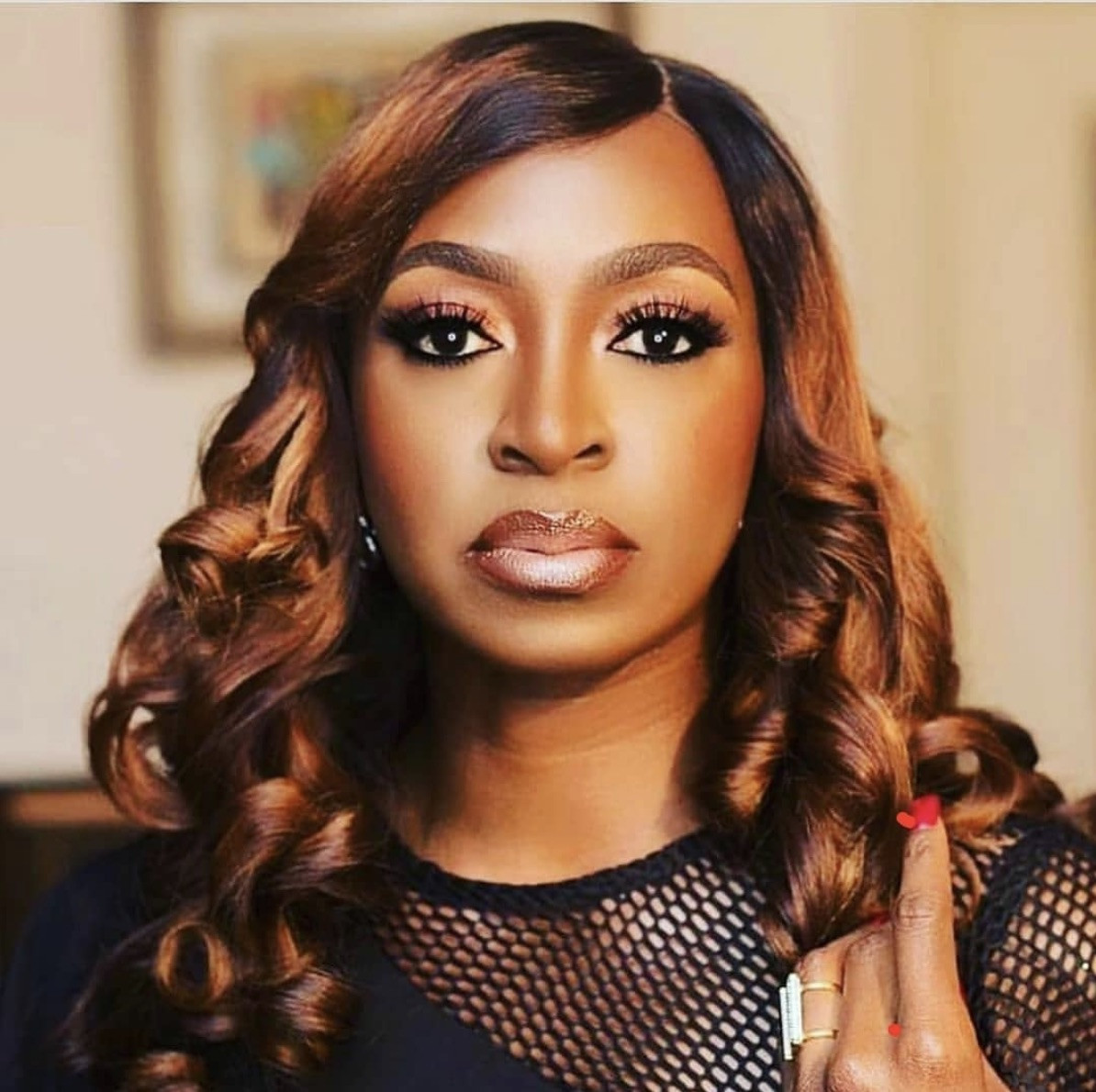 Kate Henshaw, the popular Nollywood star, has narrated how she missed boarding the Dana air flight that crashed in 2012.

According to the actress, she arrived late for her flight as she was delayed at a place she visited in Abuja.

Henshaw who noted that she is never late for anything, said the fllight had already taken off by the time she arrived. She also prayed that those who died in the crash rest in peace.

The actress tweeted; “That Dana Air flight 0992. 3rd June 2012. . Abuja to Lagos. I arrived late for my flight, I was delayed at the place I went to in Abuja.. The aircraft had taken off.

“I am never late, for anything but that day, mercy said No.. May the souls of the departed rest in peace. Amen” 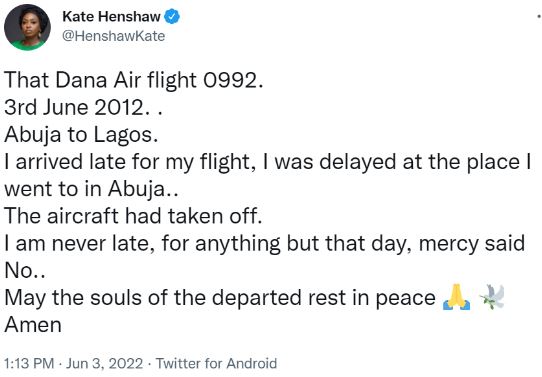