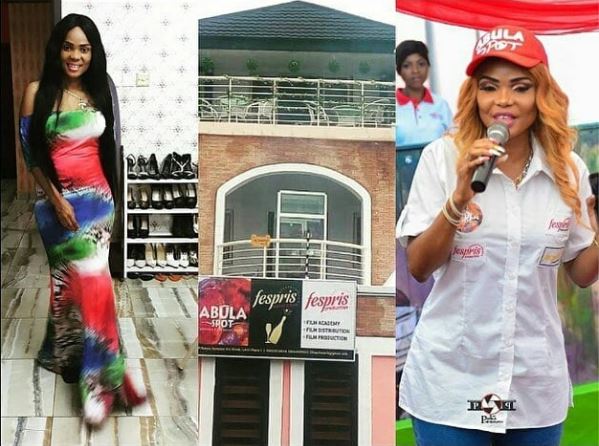 Iyabo Ojo and her restaurant
Nollywood actress, Iyabo Ojo, last year ventured into the hospitality business and became a food vendor with her amala joint which she called Abula Spot.
But even as she opened the joint, not just a few wondered where and how she was able to get the money which she used in acquiring the two-storey building that houses her joint.
Reacting to the speculations, the actress claimed that she had to sell some of her landed property and also her jewellery in order to achieve her dream. 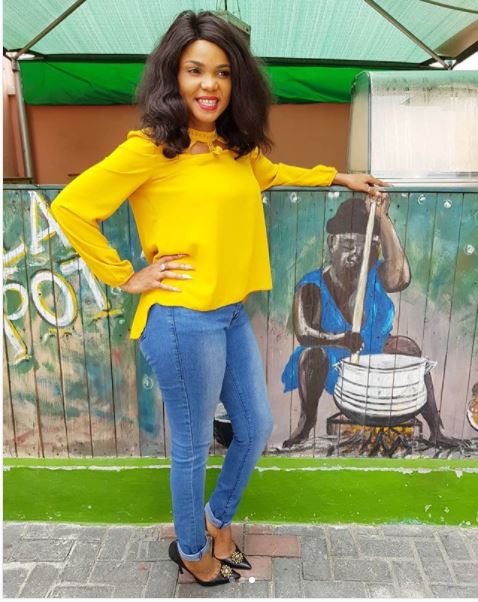 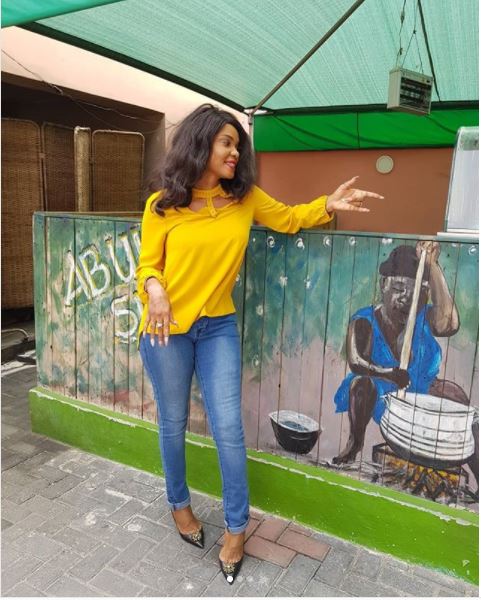 “I did not collect a loan to open my business, I saved. I had been planning to open this place for a very long time, so I had been saving. When I wanted to get my new office.
building, I sold some of my property. I sold almost all my gold if not everything. During that time, I sold one batch and when I needed more money, I sold the rest. I told myself to forget about gold for now because I know that I can make the money back later. With the support of good people as well, I was able to get my office building. The first lady of Kwara State who came to inaugurate the building supported me. Some of my godparents also supported me because I told them that I wanted to sell amala,” she said.
Apparently, her new found love would eat much of her time if she wants the business to survive but during the course of chatting with Saturday Beats, the actress said that she has everything figured out.
She further said that selling amala can never make her quit acting. “I can never quit my career for anything. I am a very organised person. When you are organised, you plan ahead. My life is planned and that has helped me a lot. I knew I was going to do this food business but I waited till the right time. For about a month or two, I am not going to be filming so that I can look after my business. I have a structured plan for my business. It is insured, I have an auditor who comes to look at the records. Everything is well planned,” she said.
Ojo who jokingly said that people now refer to her as ‘Iya alamala’ (amala seller) said that she is not ashamed to sell food some people perceive to be local.
--Advertisements--