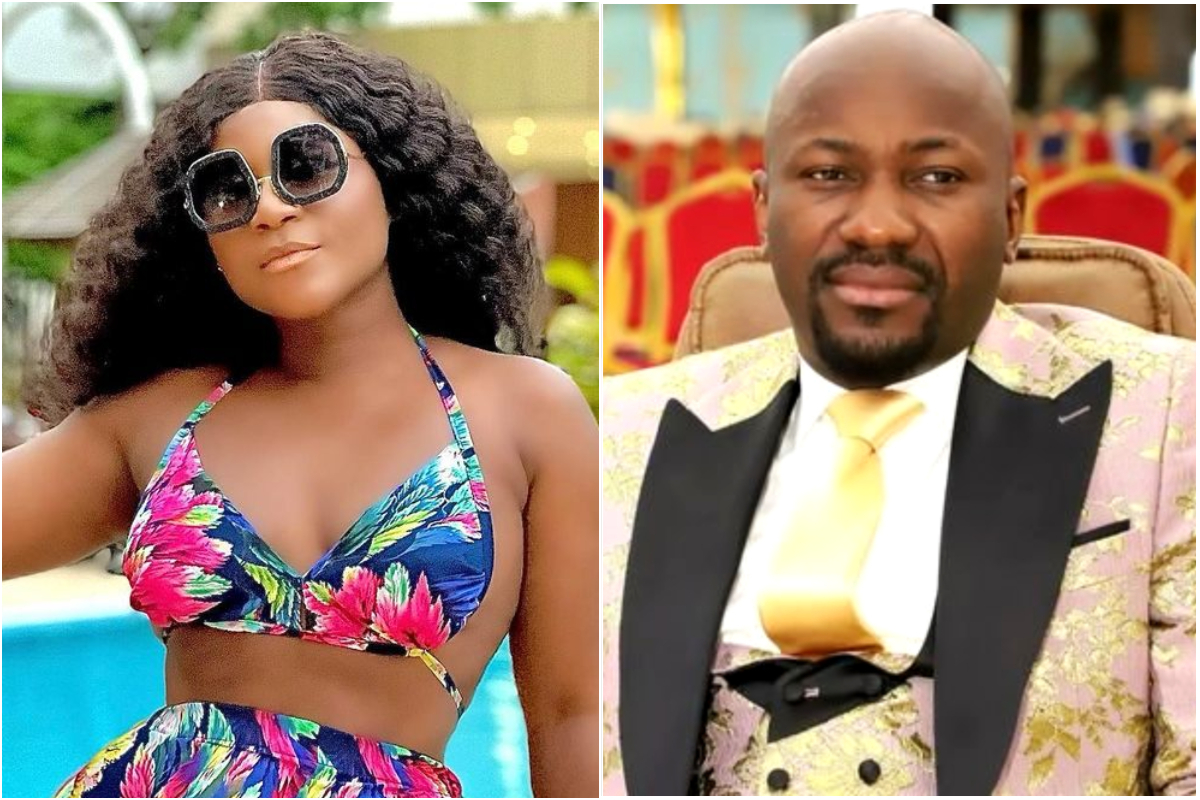 Popular Nigerian actress Destiny Etiko has also reacted to the claims of having an intimate relationship with the man of God, Apostle Johnson Suleman.

Destiny Etiko’s name popped up in the recent expose of blogger Gistlover in the early hours of yesterday. Blogger Gistlover dropped a tall list of celebrities who have been involved sexually with Apostle Johnson Suleman.

Destiny Etiko in a cryptic post shared, “It’s sad when they kick dirt on your name with the same shoes you gave them”. In other news, Nigerian actress, Georgina Onuoha has also reacted to the allegations leveled against her by popular blogger Gistlover. Georgina was part of the actresses whose name was mentioned in the tall list.

“In 2017, I Georgina Onuoha defended Apostle Suleman. When he was being accused. Not because I know the dealings of his private life, nope, because I know many of us in the movie industry are recipients of his generosity.

Men, women, old and young alike. From comedians to musicians, actors, and everything in between. Me Georgina included. I will not deny his help towards me or anyone who has been of help to me because some faceless cowards hiding behind keyboards are spewing bullshit. I wrote about it in 2017 myself on this page and wall. So Abeg what is the breaking news again?…” part of her lengthy caption read.