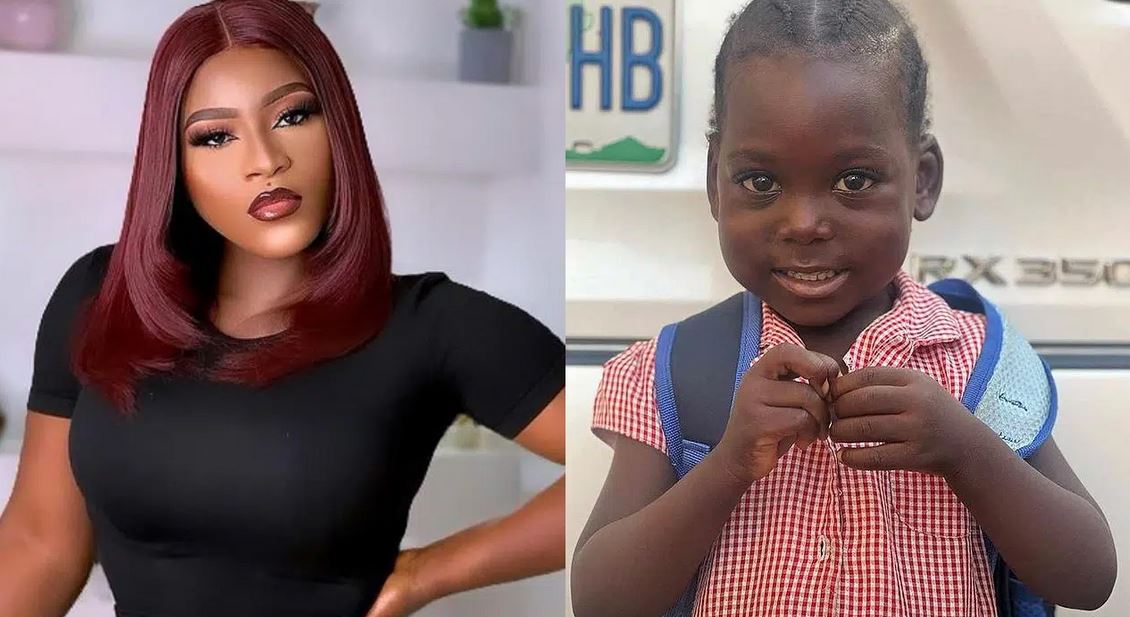 Nigerian actress, Destiny Etiko has disclosed that she would sponsor her gateman’s daughter’s education.

The actress who is known for her generosity and philanthropic work done via her foundation, Destiny Etiko Foundation has decided to lift the burden of school fees off her gateman’s shoulders.

Taking to her social media page, the actress shared images of her gateman’s cute little daughter, as she pledged to sponsor her education to the university level. 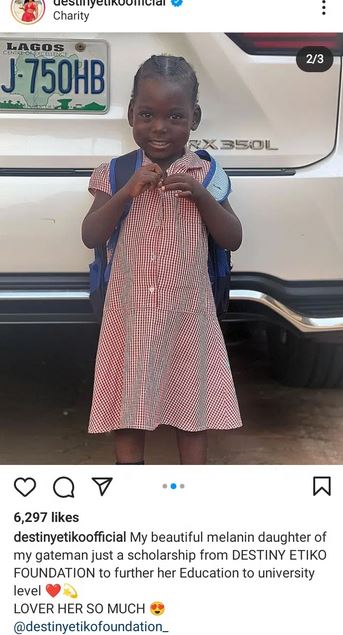 The generous act has elicited reactions from her followers who thanked the actress profusely for her kindness; while others heaped prayers on her, asking God to replenish her pocket.