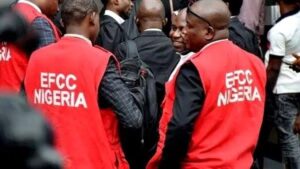 Eno Ubi Otu, the Niger Delta Development Commission’s (NDDC) Director of Finance and Accounts, has been taken into custody by the Economic and Financial Crimes (EFCC).

At about 11:15 am, Otu was detained by commission agents in connection with an alleged theft of more over N25 billion in tax payments.

Otu is still being held, according to a source within the anti-graft organization who talked with Daily Trust on the condition of anonymity.

The representative said that Otu was detained as part of a bigger probe into the NDDC’s forensic audit report.

There were no indications as of the time this article was filed as to whether the commission would release Otu following questioning.