The much anticipated Champions League round of 16 match between Barcelona and Chelsea finally took place at Nou Camp as the home team deservedly won the match by 3-0.

The match would have lived to its hype if the Blues had scored first but Barcelona completely showed why they are still favourites to win the competition.

Chelsea also gave a good account of themselves on the night but could not breakthrough the water-tight Barca defence.

In all, the contest will never be forgotten in a while especially for the club faithfuls who claimed the bragging rights on the night.

Here are the five we learnt in the Barcelona/Chelsea match

Lionel Messi’s third minute strike destabilized the visitors as Antonio Conte side played with more possession while Barca did the counter attack. 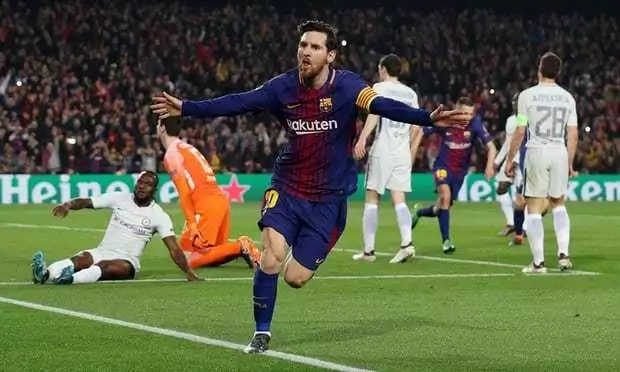 It should been the other way round when Chelsea took control of possession but Enersto Vaverde’s side sat back and allowed the Blues to play as they caught them on the counter which led to Ousmane Dembele’s goal.

2. Messi was main man on the night

Right from the blast of the whistle the Argentine was menacing for the Catalan side as he made trademark runs and put through key passes that made Chelsea panic. 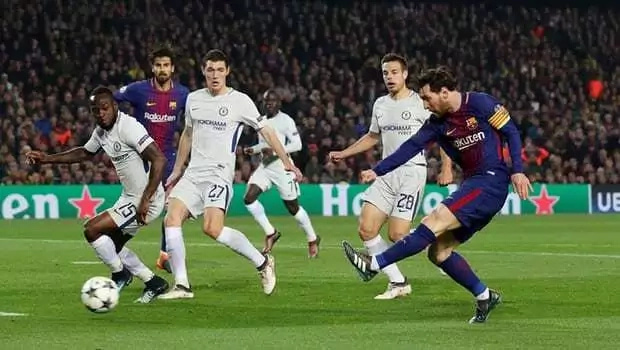 To crown his efforts, the 30-year-old scored a brace including his 100th Champions League goal as both strikes went through the legs of Thibaut Courtois in goal.

Courtois will be disappointed with his performance on the night, the Belgian stune stopper should have covered his lines properly at the near post as Messi slotted the ball through his legs with his weaker foot.

Gerrard Pique and Samuel Umtiti were brilliant in the central defensive area as they made timely blocks to stop Chelsea from shooting at goal. 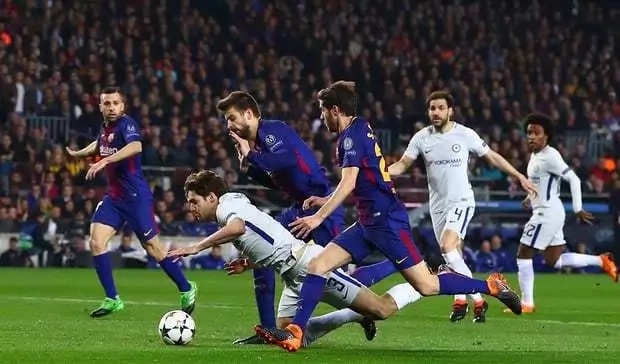 Dembele also made key challenges when supporting Sergi Roberto in the wing back area, and Andres Iniesta played defensive duties with Jordi Alba. Sergio Busquets and Ivan Rakitic were also splendid in the holding midfield.

It was expected that the Belgian forward will shine like a star even if his team were on the losing side but played below his standard at the Nou Camp. 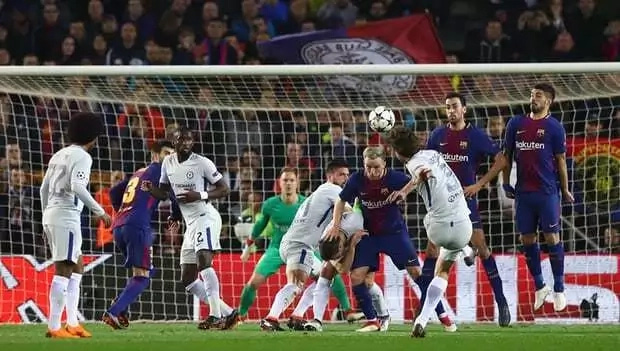 However Willian, Marcos Alonso and N’Golo Kante were the best players for Chelsea as they played their hearts out despite going down by a three-goal margin.